Johnny Rockets is an American brand specialized in the catering of quality burgers 🍔  and shakes. The main objective of the American Icons advertising campaign was the launch of the Brand in Europe, ensuring its correct positioning in the market, as well as creating expecta-tions for the opening of the first store. 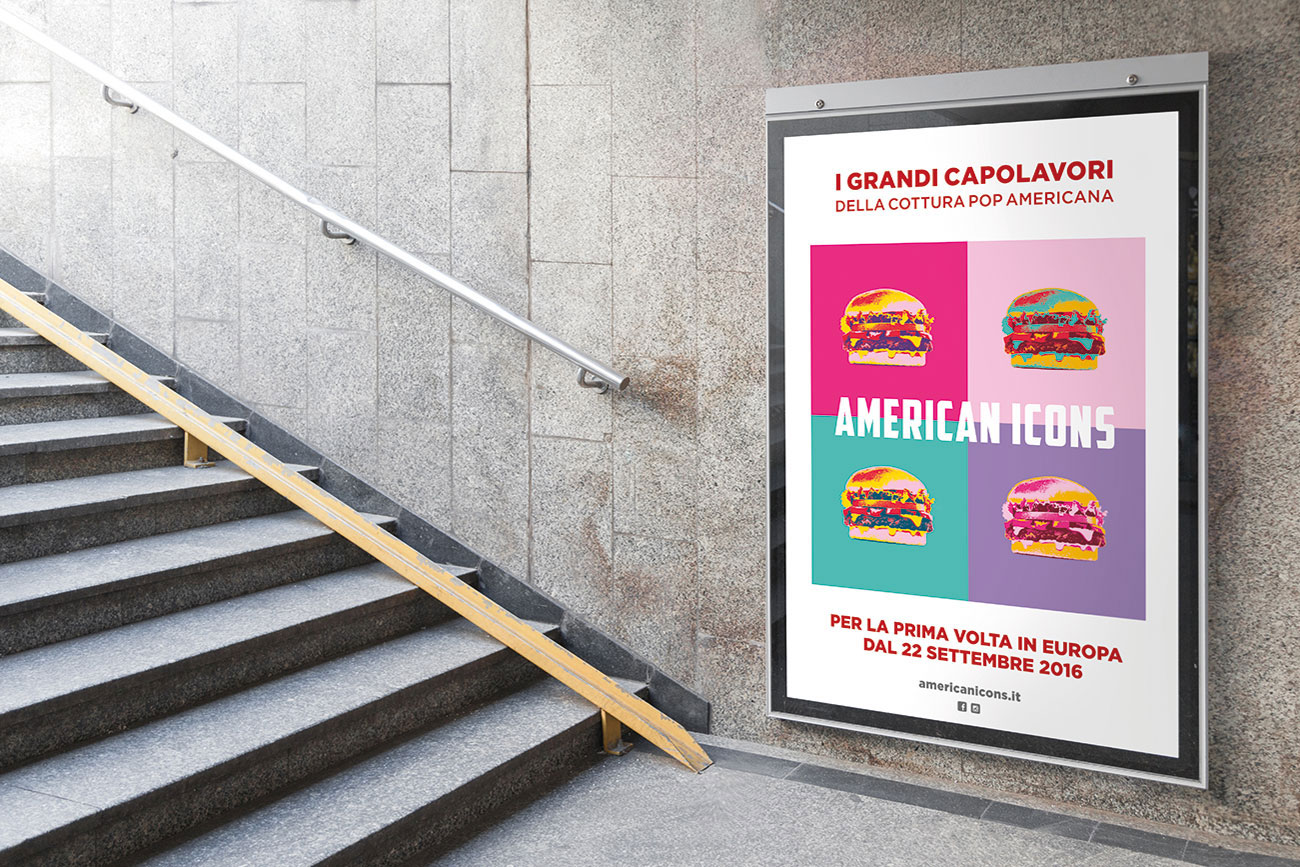 A highly iconic and characterizing concept, to correctly position an international brand.

Johnny Rockets burgers are masterpieces, true icons of pop America, which everyone knows, loves and identifies with the States, as it happens with the “American” shake, which is also an integral part of popular star and stripes culture.

After various brainstorming and research, we found our concept: is there something more popular and recognized in the world than Pop Art? Even Obama was inspired by it for his electoral campaign!

The idea was to elevate the products to works of art, also considering the Brand positioning goal, and create visuals that would make you believe that an exhibition on pop art was com-ing to the city. A popular art, however, just like our product: high quality but accessible to everyone. 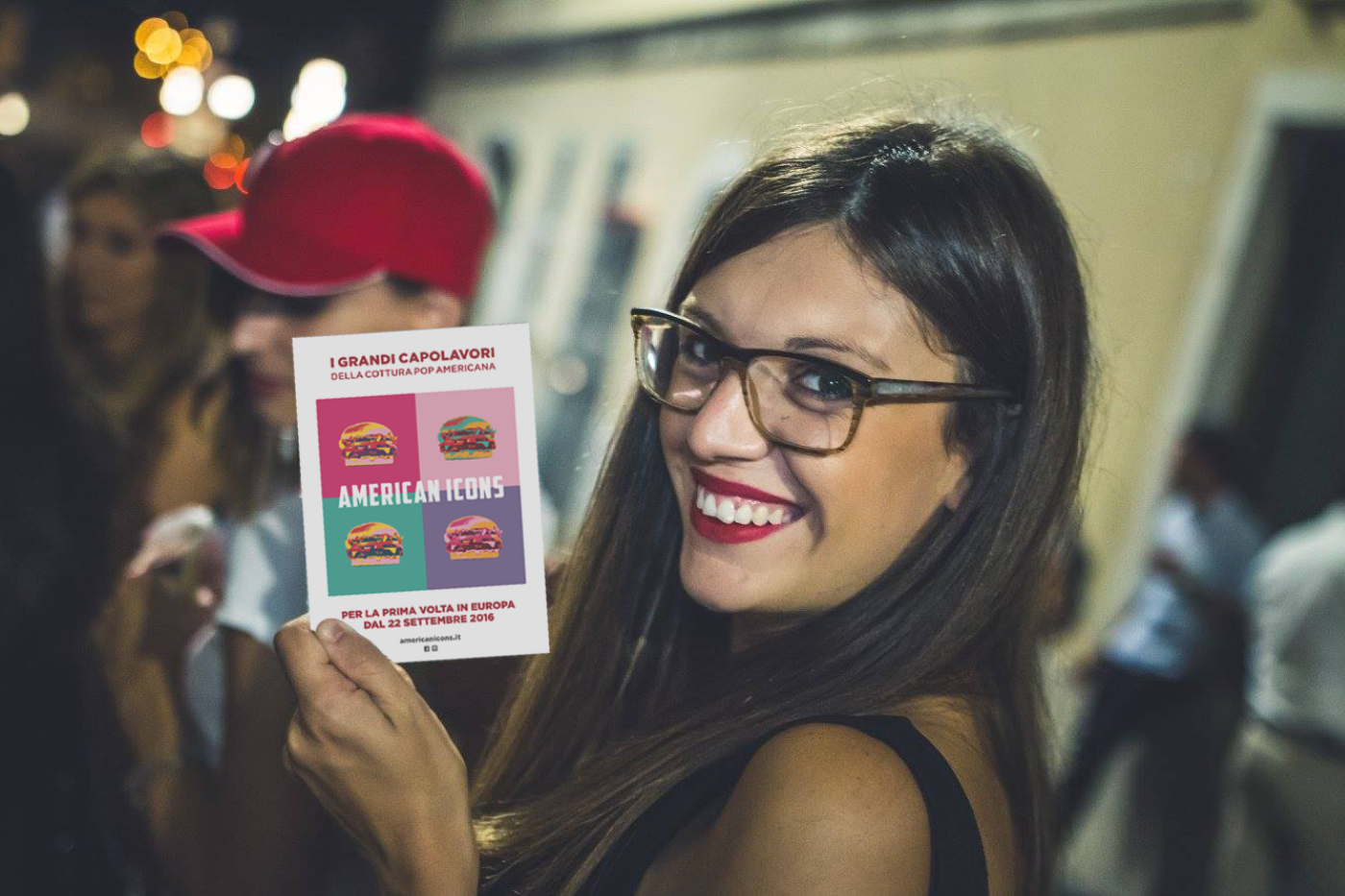 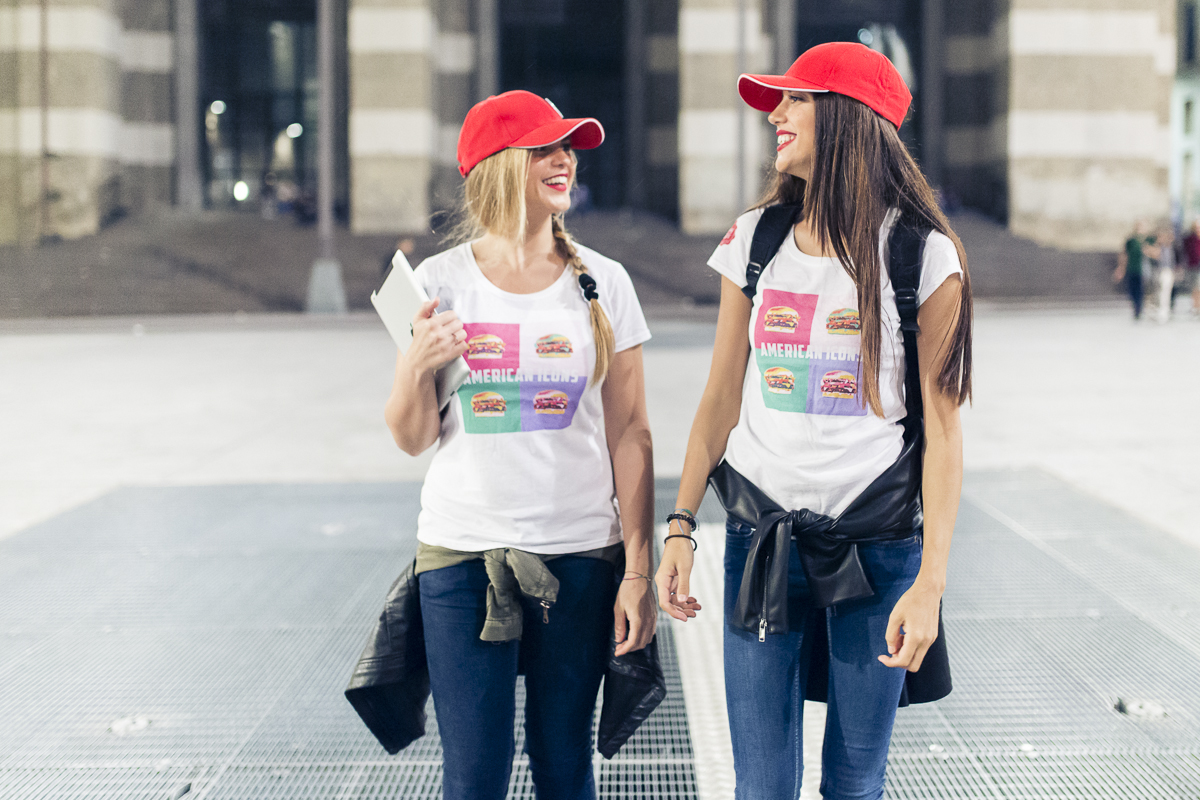 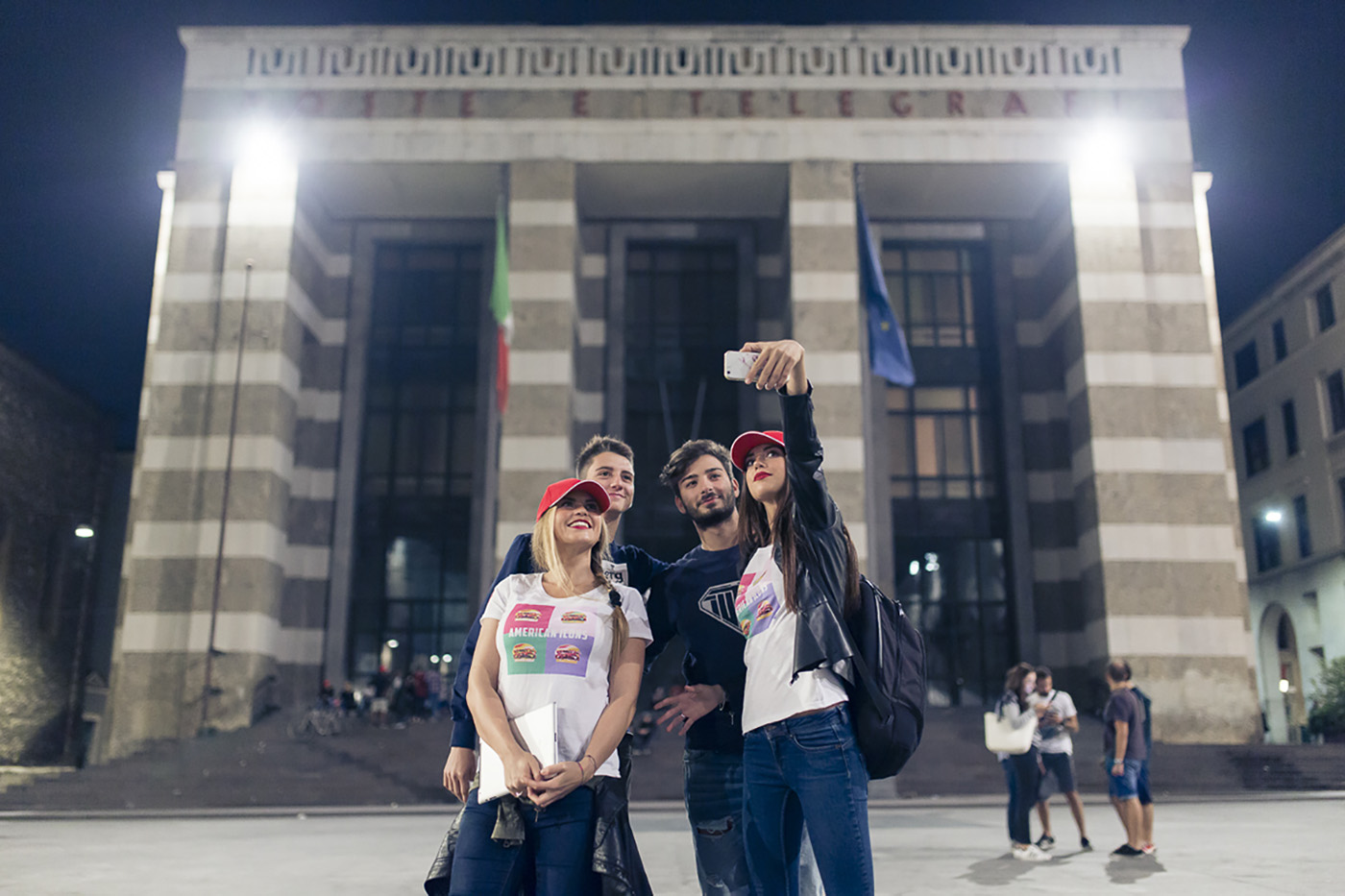 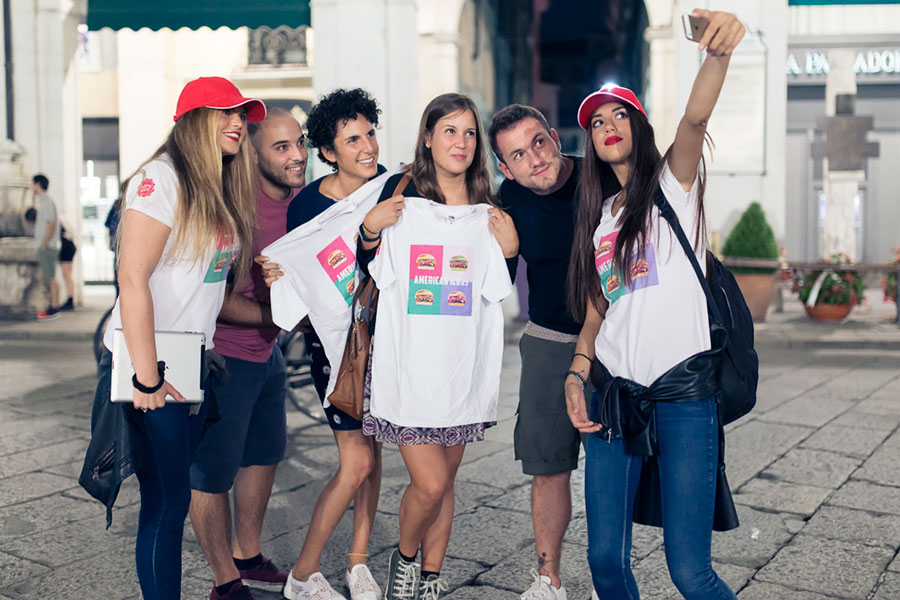 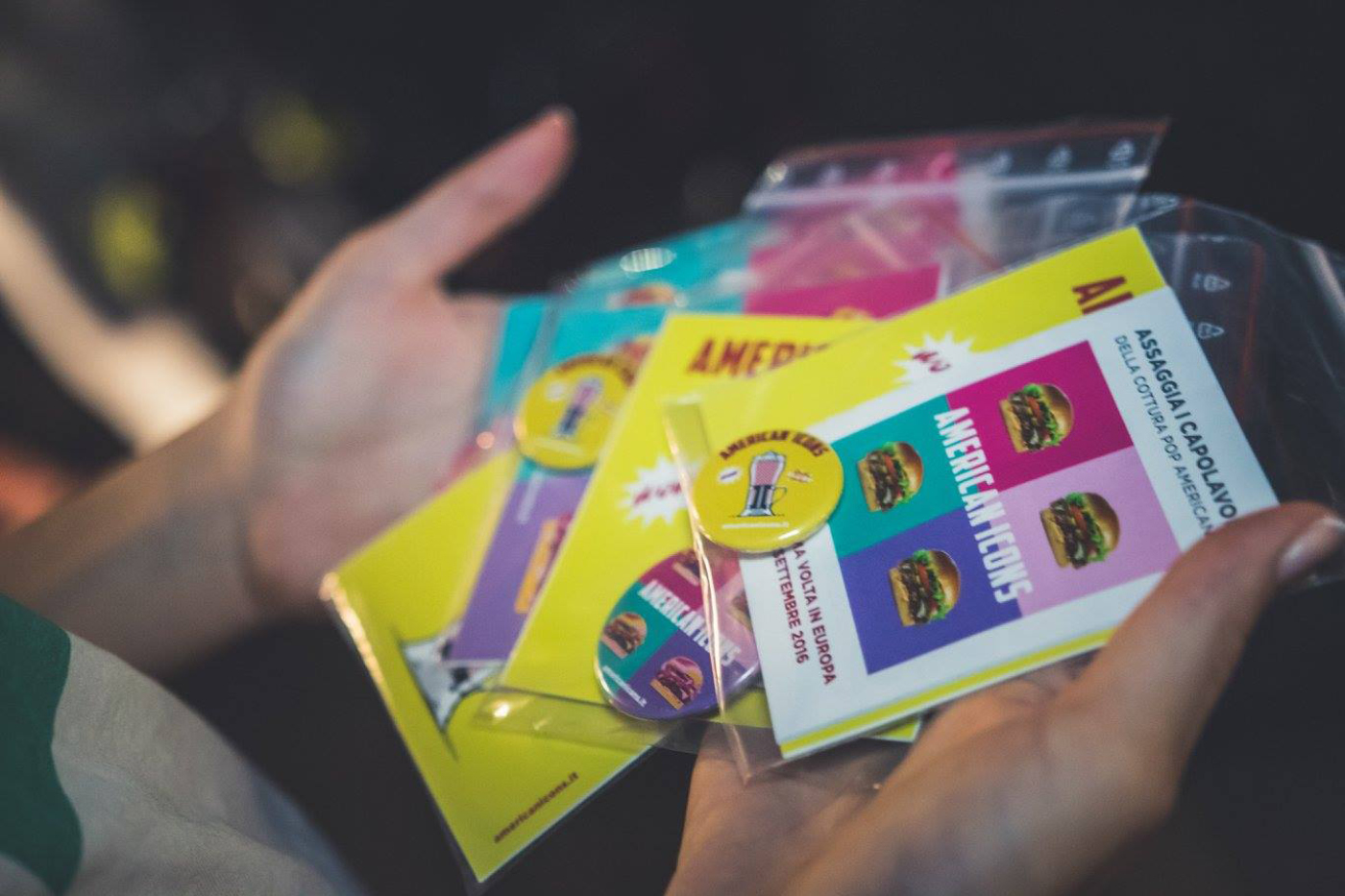 With a headline and copywriting like this, the illusion of the exhibition is served on a plate!

AMERICAN ICONS is the headline chosen to support the different phases of the campaign, conceived with an initial teaser to create interest and curiosity, followed by a follow-up phase in which the official brand and the date of the upcoming opening were unveiled.

Icons because, like the Warholians pop icons are well imprinted in the minds of each of us, the products and the Johnny Rockets brand are also aiming for this important goal.

The campaign was conceived and developed in two ✌️ fdistinct phases: in the first phase, the so-called teaser, curiosity is created by announcing the imminent arrival in the city, for the first time in Europe, of American Icons, which seems to be a pop art exhibition made in USA. The text, however, hides the true nature of the event:

“The great masterpieces of American pop cooking” contains a false typo (culture/cooking) created ad hoc to communicate, between the lines, that we are talking about something re-lated to the food sector

In the follow-up phase, the pop masterpieces become images of real burgers and shakes, the Johnny Rockets brand appears, together with the full address of the location where the store is located.📍.

At the time of “unveiling” the brand, to create social buzz especially among millennials, those young people aged 17-30  🎯 target personas objective of the campaign, we decided to create a real pop masterpiece through an unconventional marketing action: we asked to some talented writers with a good following, the YellowFat Crew, to create a mural about 50 meters long and 3 high, in which the main values of the brand were repre-sented, revisited according to the inspiration of the writers. Watch the video of the realization!! 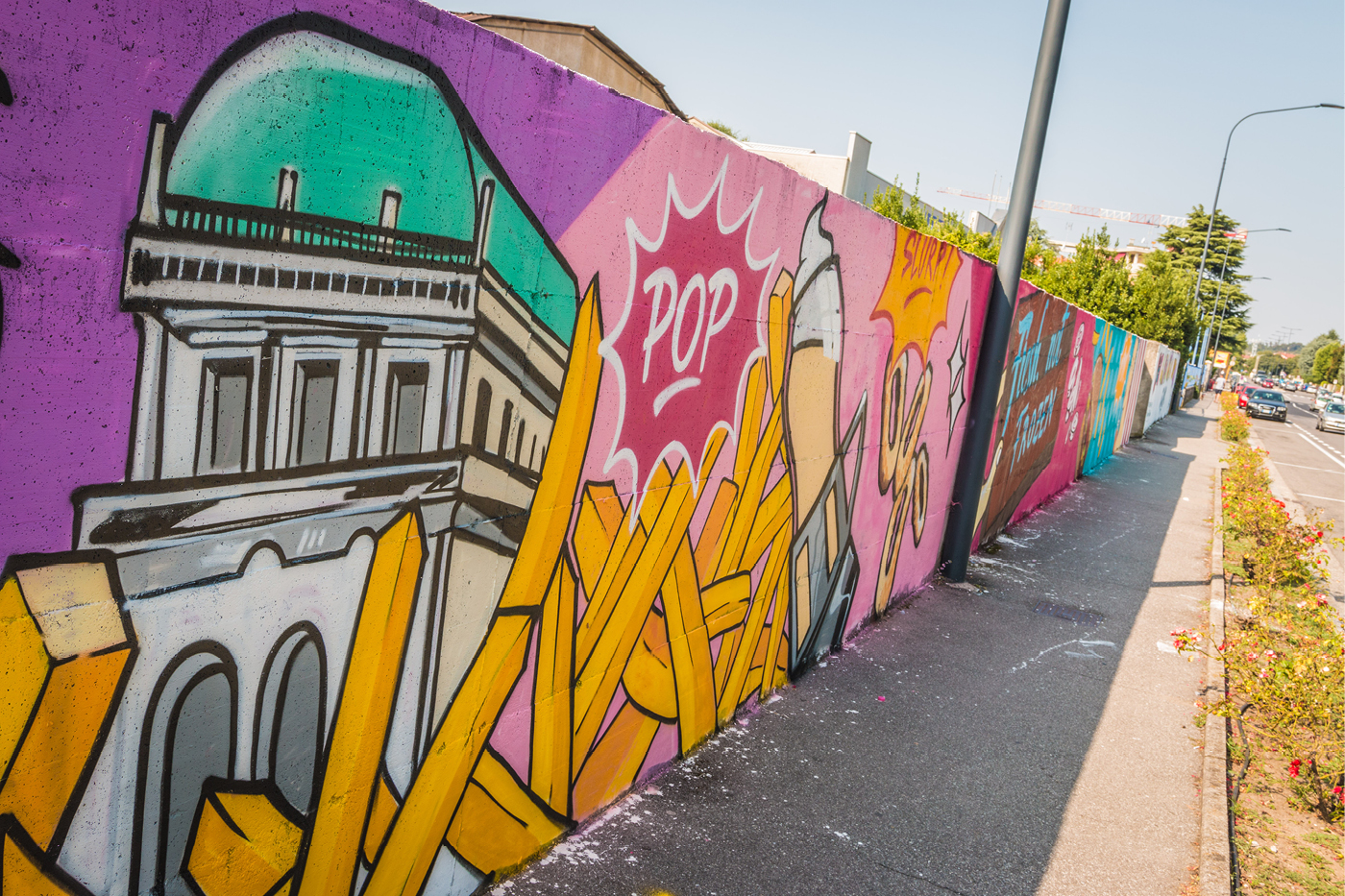 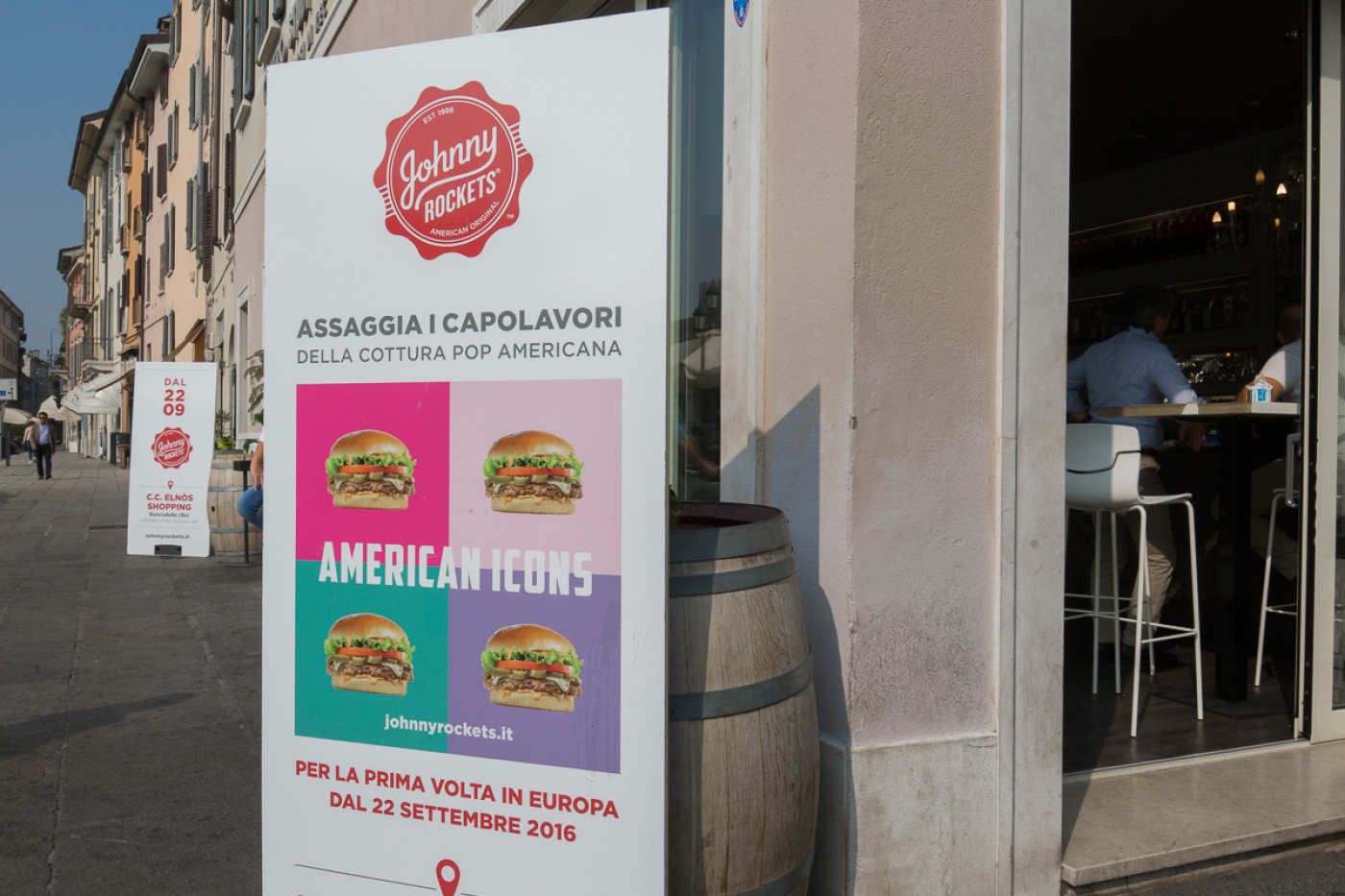 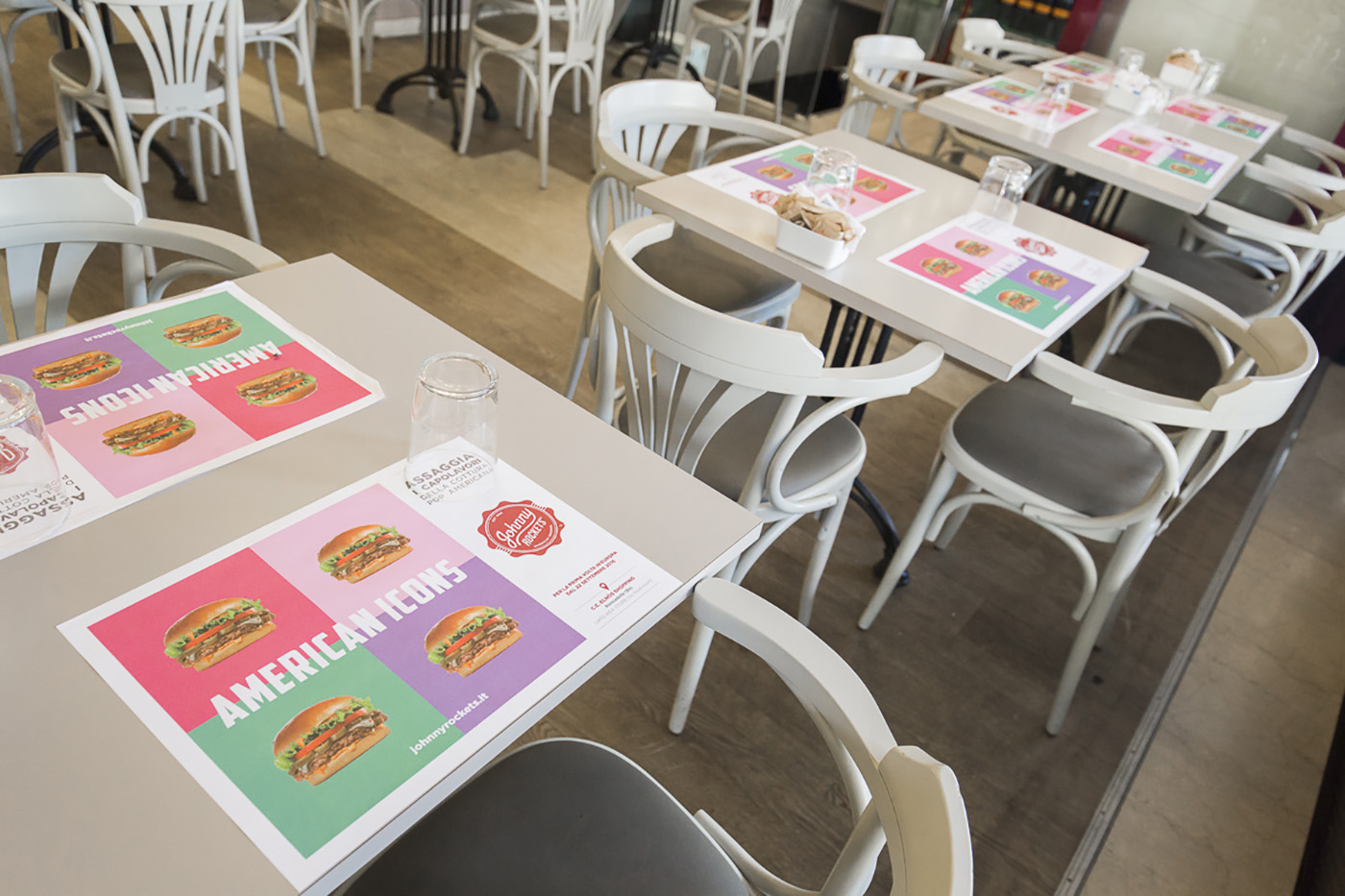 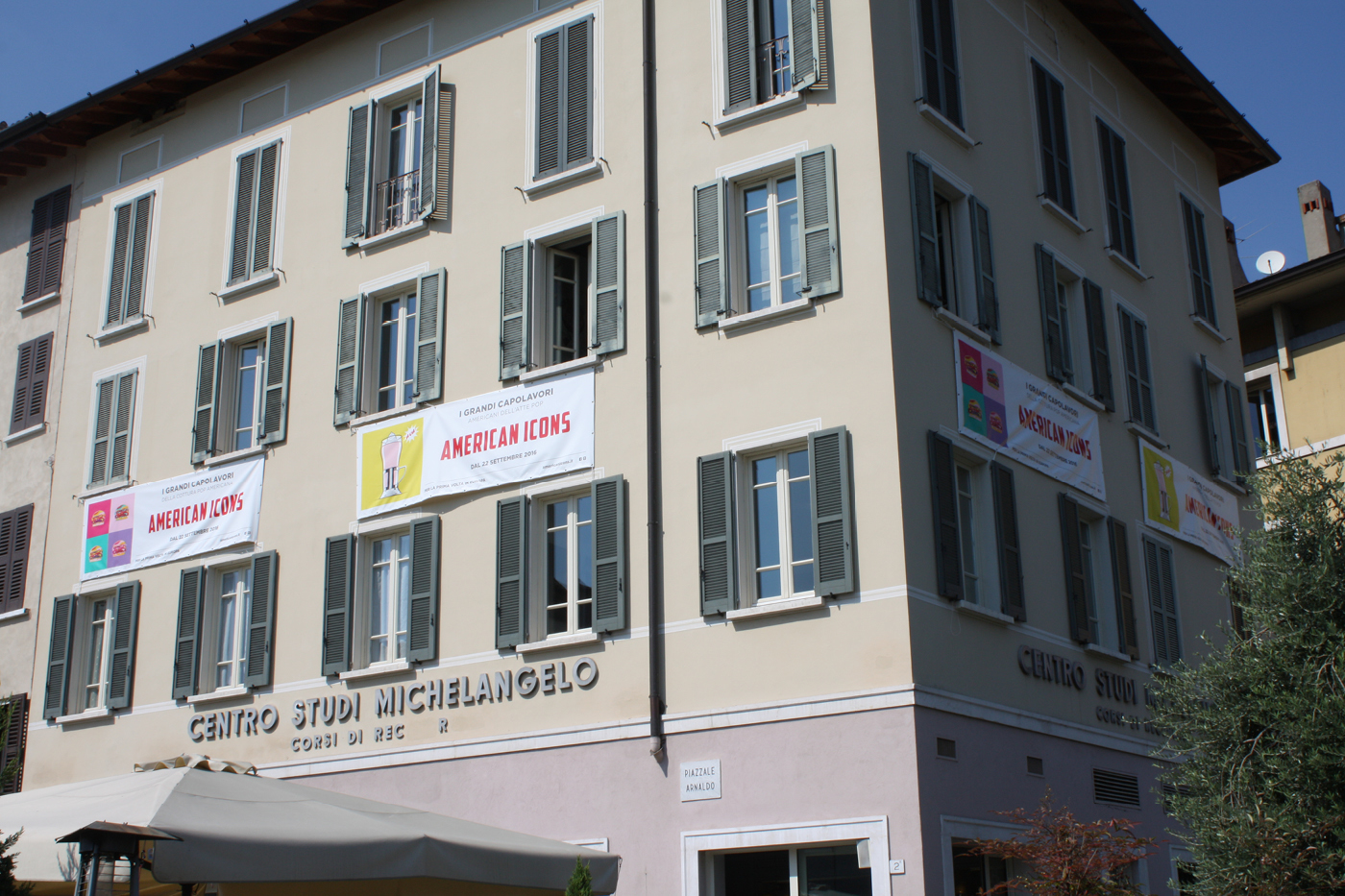 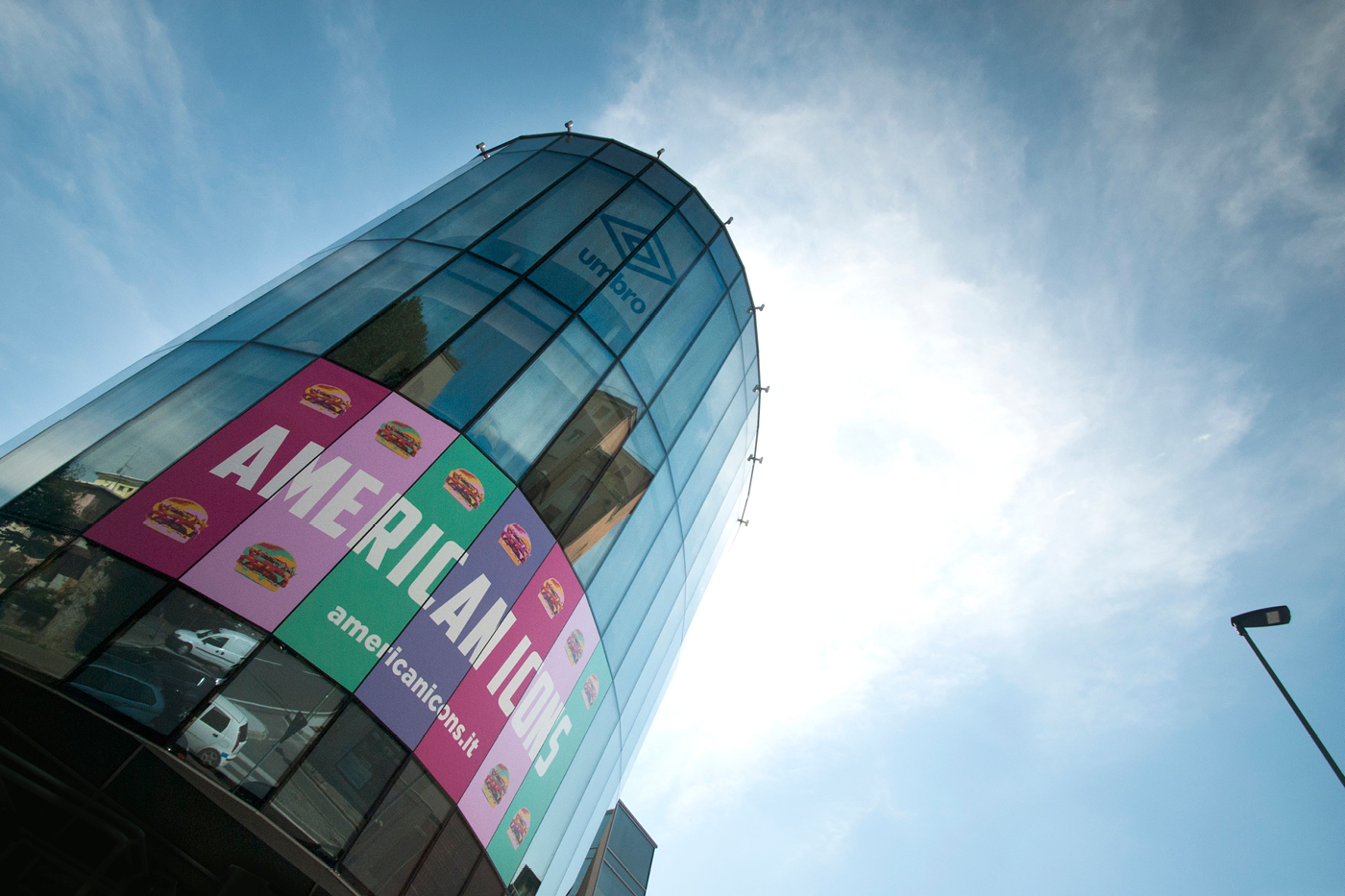 The media plan and the advertising actions were decisive in allowing the widespread diffu-sion of the message.

The American Icons advertising campaign for Johnny Rockets, conceived by the All Creative team, has spread on various media: from the social networks Facebook and Instagram, to the maxi billboards along the busy main streets of the city of Brescia, up to online advertising on websites of the main local newspapers, which were accompanied by press campaigns on printed editions.

Very interesting are the video 📹 and motion graphics materials created to support the entire campaign in order to take full advantage of the social network channels, which are very popular within the target. For the soundtrack of the videos, and for the subsequent radio campaign, a special jingle 🎶 was created by a professional musician in which you hear the headline pronounced before the beginning of a very rock reef?!

During the digital advertising 💻, hostesses were involved in flyering and collection of names during two event-evenings orga-nized in collaboration with some well-known clubs in the historic center, in which gadgets and gifts were given to young customers. In the same clubs, advertising materials such as flyers, totems and American placemats were displayed on the tables. 🍽️