300 pages, 8 chapters, 2 volumes and the need to amaze: a project that every year stimulates our inventiveness 🧠 and which demonstrates how the creative approach and originality can coexist with technique and precision. 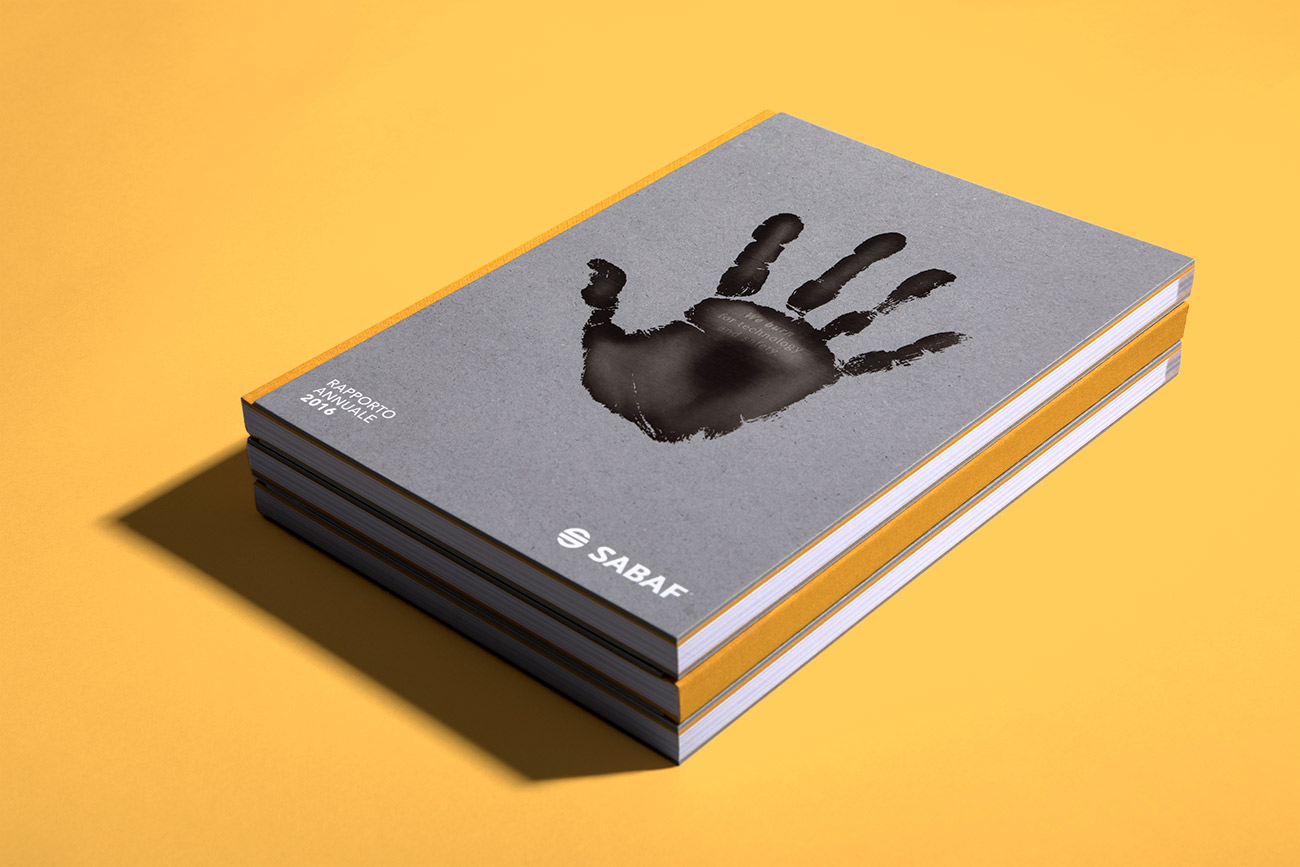 The celebration of the importance of the human figure in industry 4.0

The Sabaf Group presented itself also in 2016 as a world leader in the sector of components for gas cooking, thanks to the use of advanced technologies and increasingly high tech and interconnected machineries.

It is in this scenario that the concept that accompanies the 2016 Annual Report was born: the celebration of the importance of the human figure. In the era of the fourth industrial generation, the Man 👨, through intrinsic qualities in his nature, and therefore not replicable by the machine, lays the foundations for achieving the objectives and their continuous improvement. 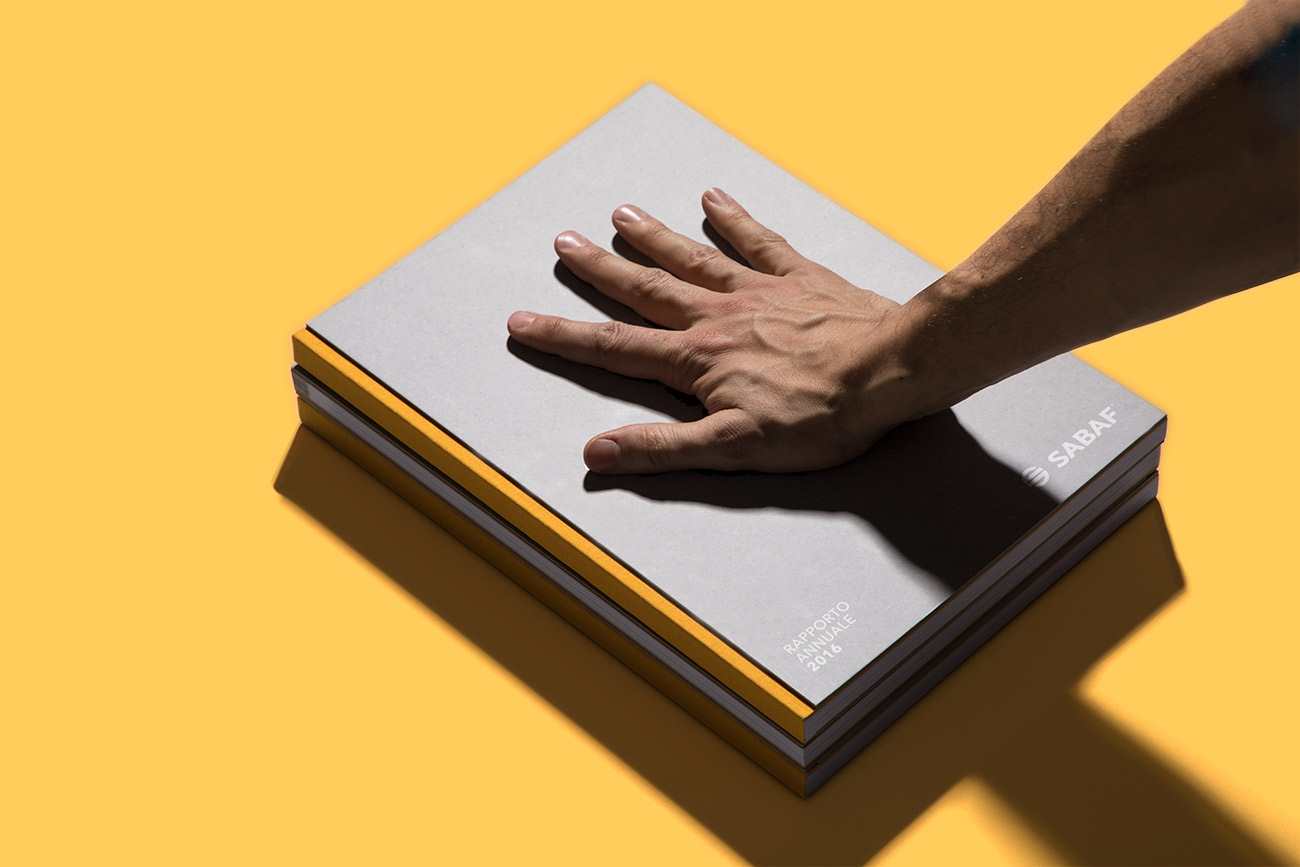 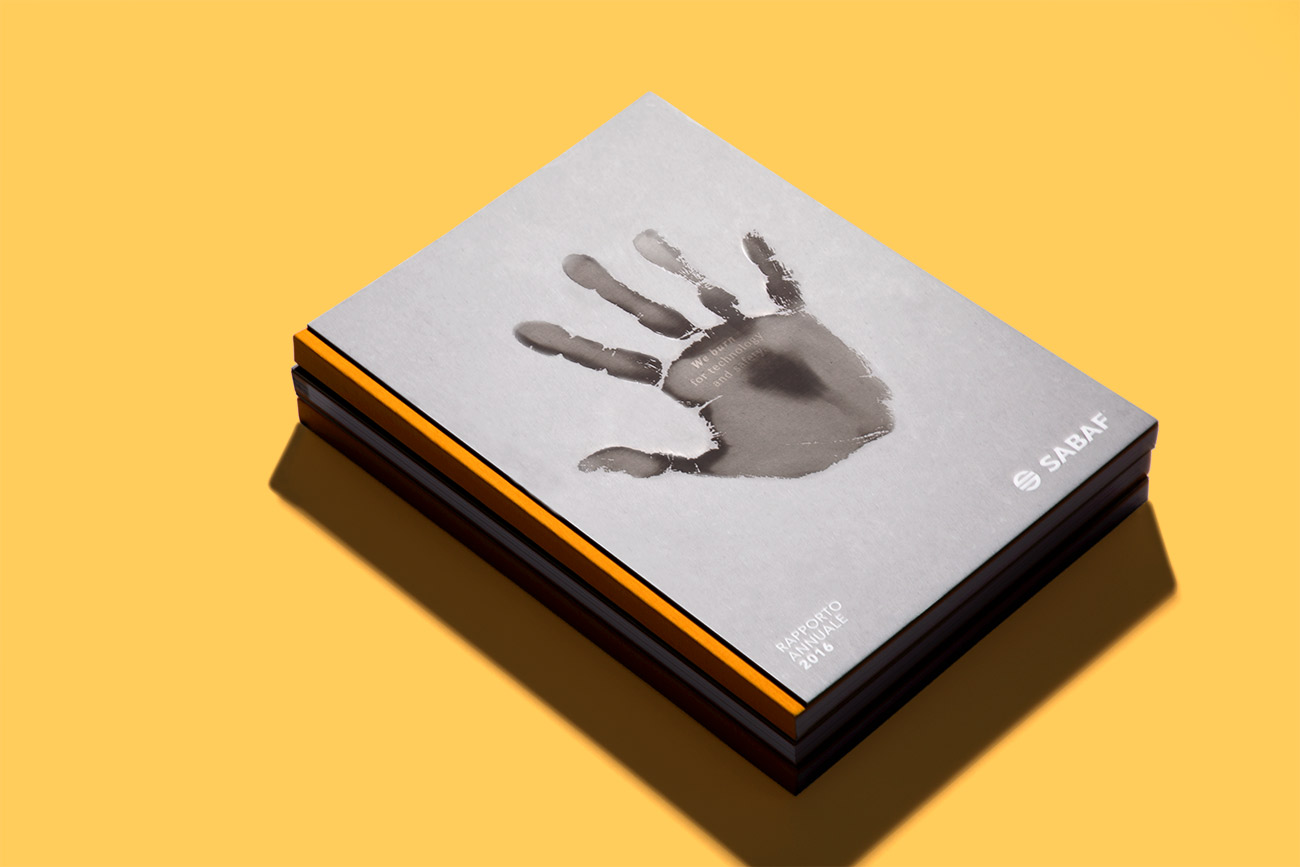 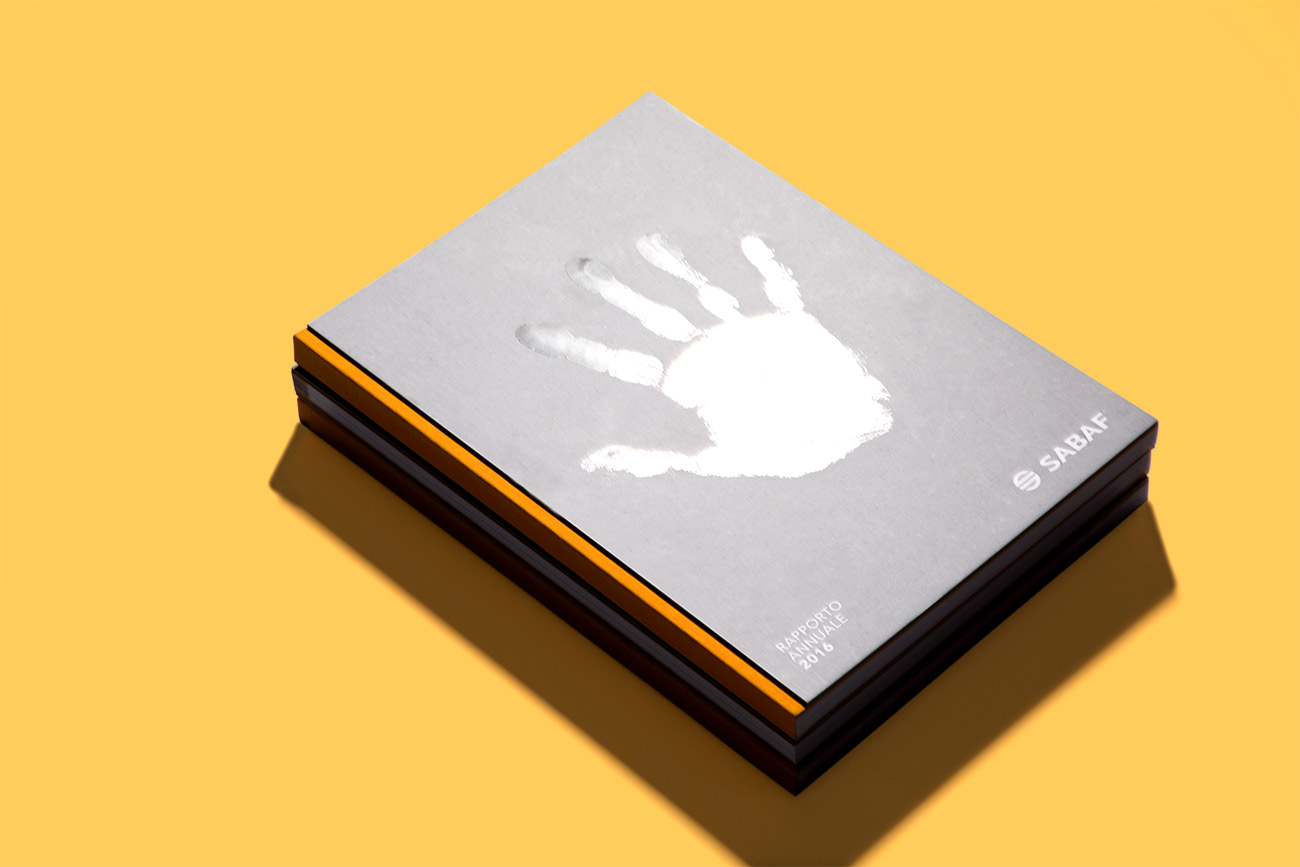 The use of sophisticated printing techniques to enhance the creative concept and give value to the project.

We decided to show on the cover how and how much human intervention is necessary, thanks to the special “thermosensitive” printing technique: the dark imprint of a hand ✋ invites the reader to place their own on the volume and the paint reacts to body tempera-ture : the warmth of the leaning hand makes the paint transparent and reveals a fundamen-tal detail, the company’s payoff, We burn for technology, creating a memorable wow effect. 😮 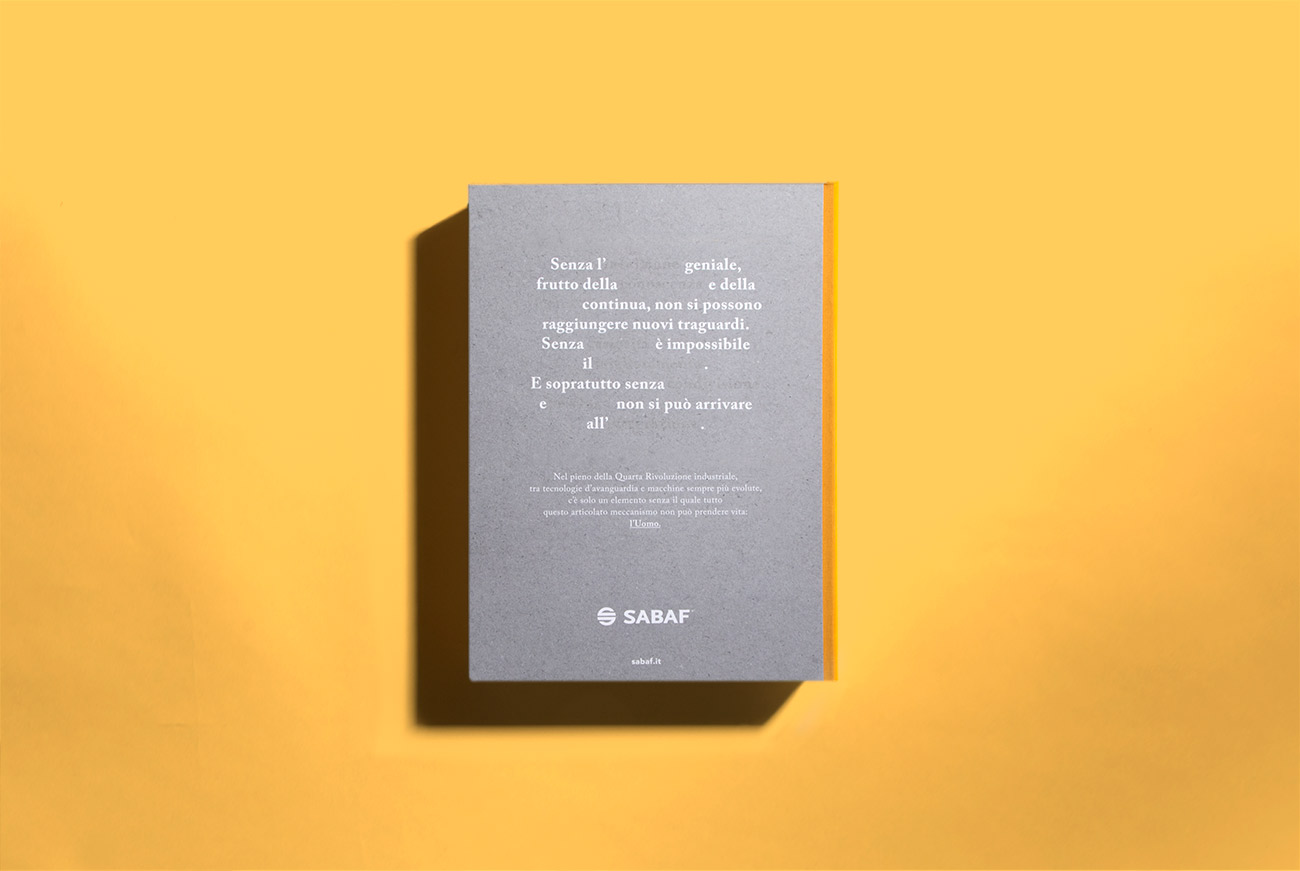 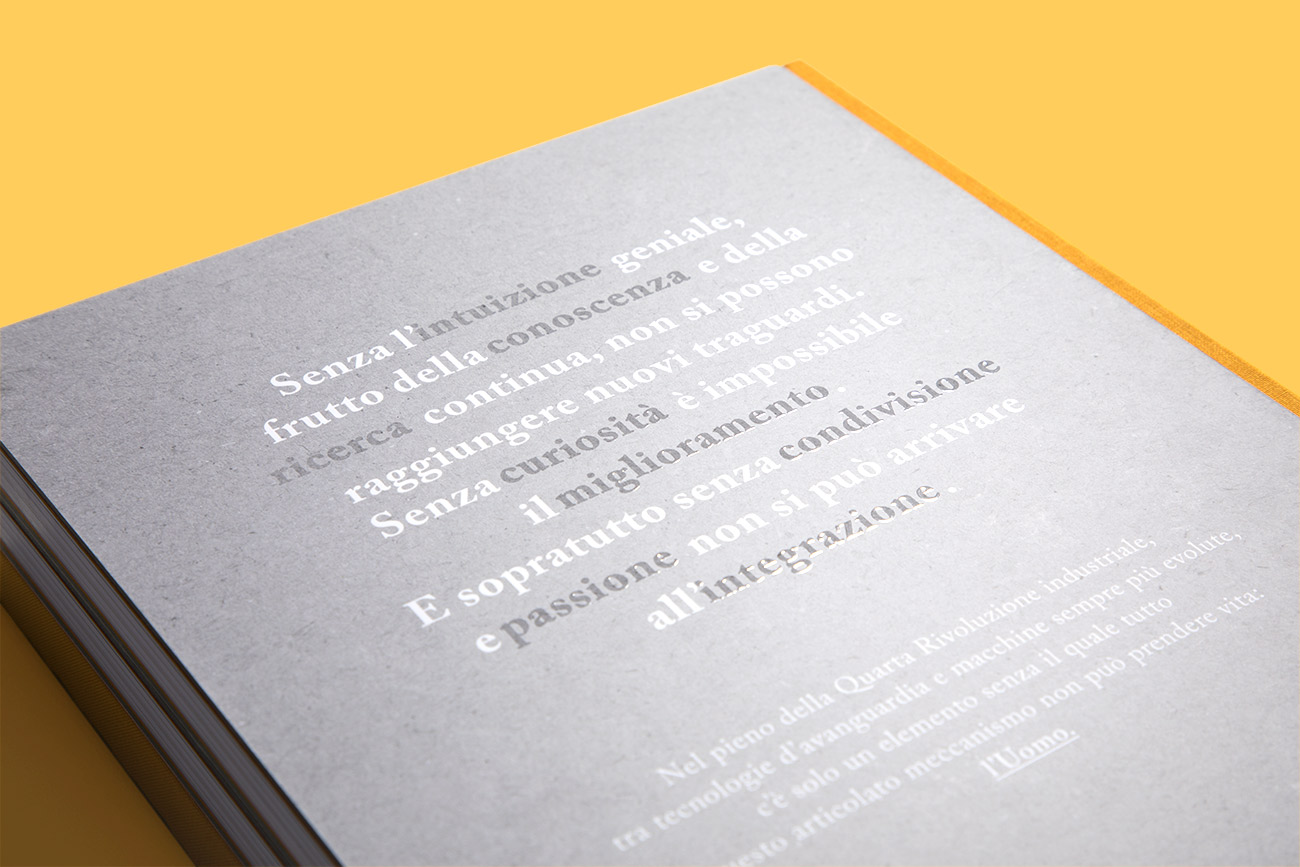 The company was awarded with the 2016 Budget Oscar in the SME category listed in the stock exchange: a new success, after that of 2013 and the podium of 2014, which the company was keen to share with the agency by inviting us to the Milan Stock Exchange 🏢 at the gala event for the awards ceremony. In addition to the technical and financial content, the aesthetic impact and clarity in the layout have, in fact, contributed to achieving this re-sult. 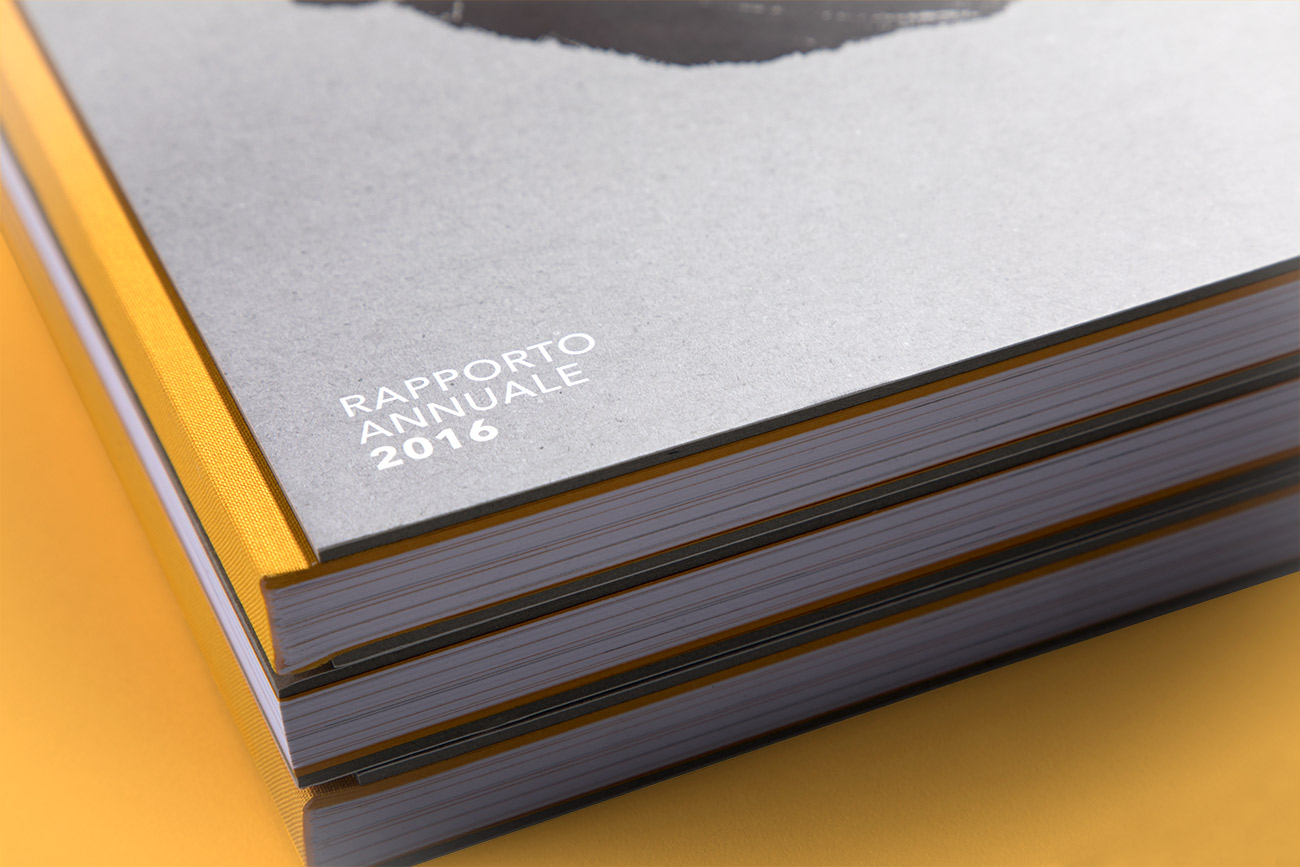 Human qualities, conceived as keywords 🔑, also accompany the reader, cover after cover, in the internal chapters, up to the final manifesto in which they prove to be fundamental for the understanding and for the completion of the text, exactly as the presence of the Man in business processes.

“I cross out words so you will see them more; the fact that they are obscured makes you want to read them.” (Jean-Michel Basquiat)

A message of integration and complementarity between man and machine expressed by the detail of the hands of Sabaf employees who work together with the machine. The two elements merge into a single subject in black and white with very contrasting tones, which give the feeling that the subjects are drawn directly by the light. A study of light that brings out the details thanks to the shadows that are generated 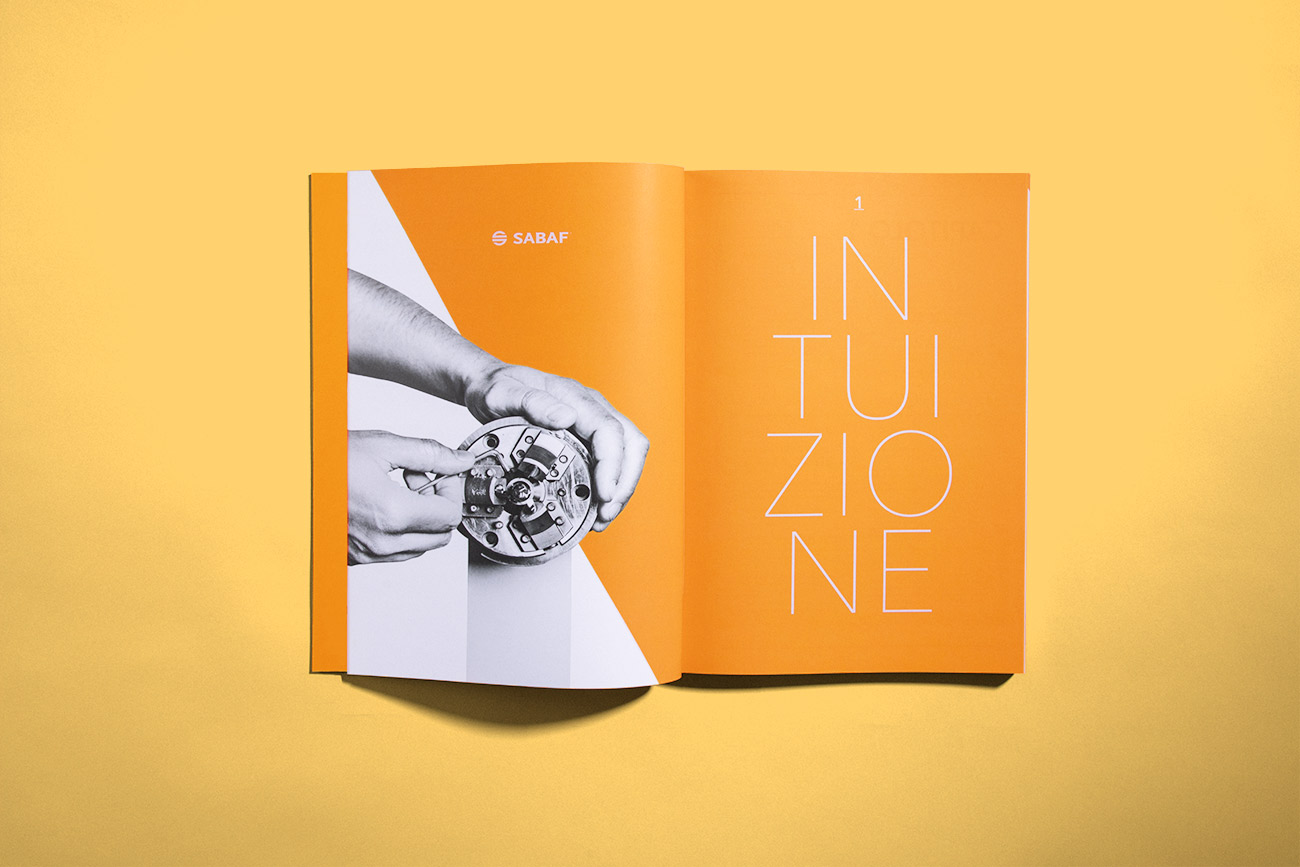 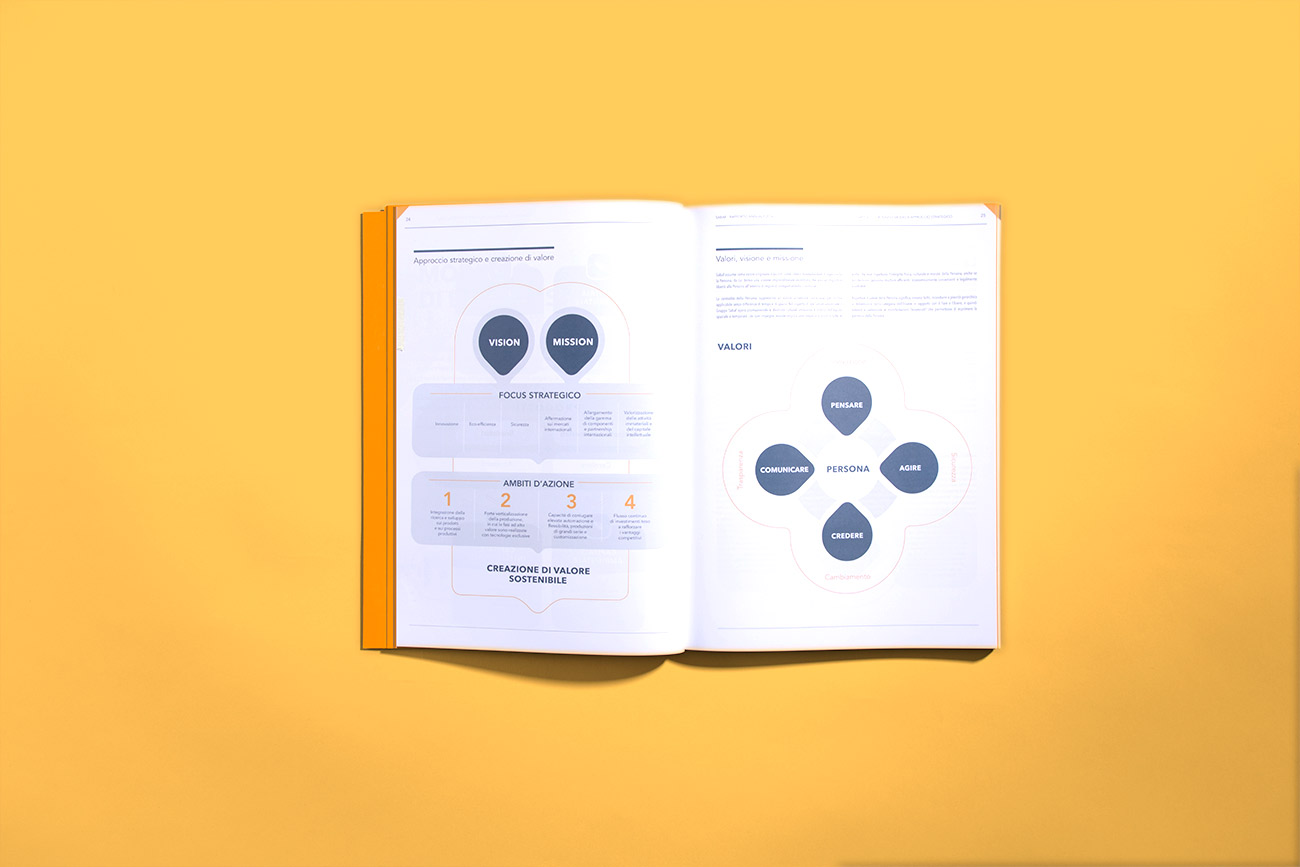 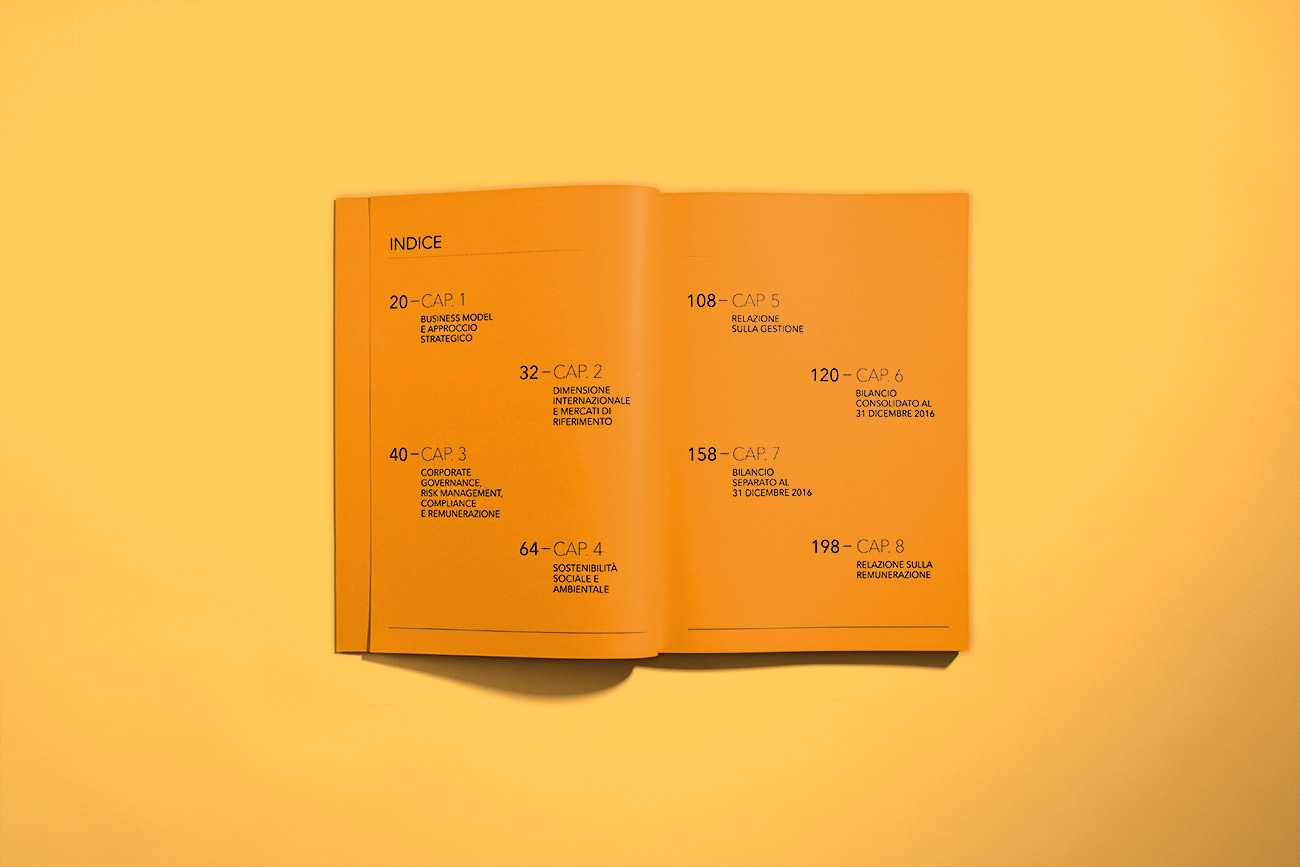