The conception of the creative concept started from an ever-present need and, in this specific case, very difficult to satisfy: displaying the product in real size, at the fair. For the CSB Group Commerciale Siderurgica Bresciana S.p.a. which trades large iron and steel beams, panels, coils, this has always been, until that moment, an unattainable hypothesis. But then… 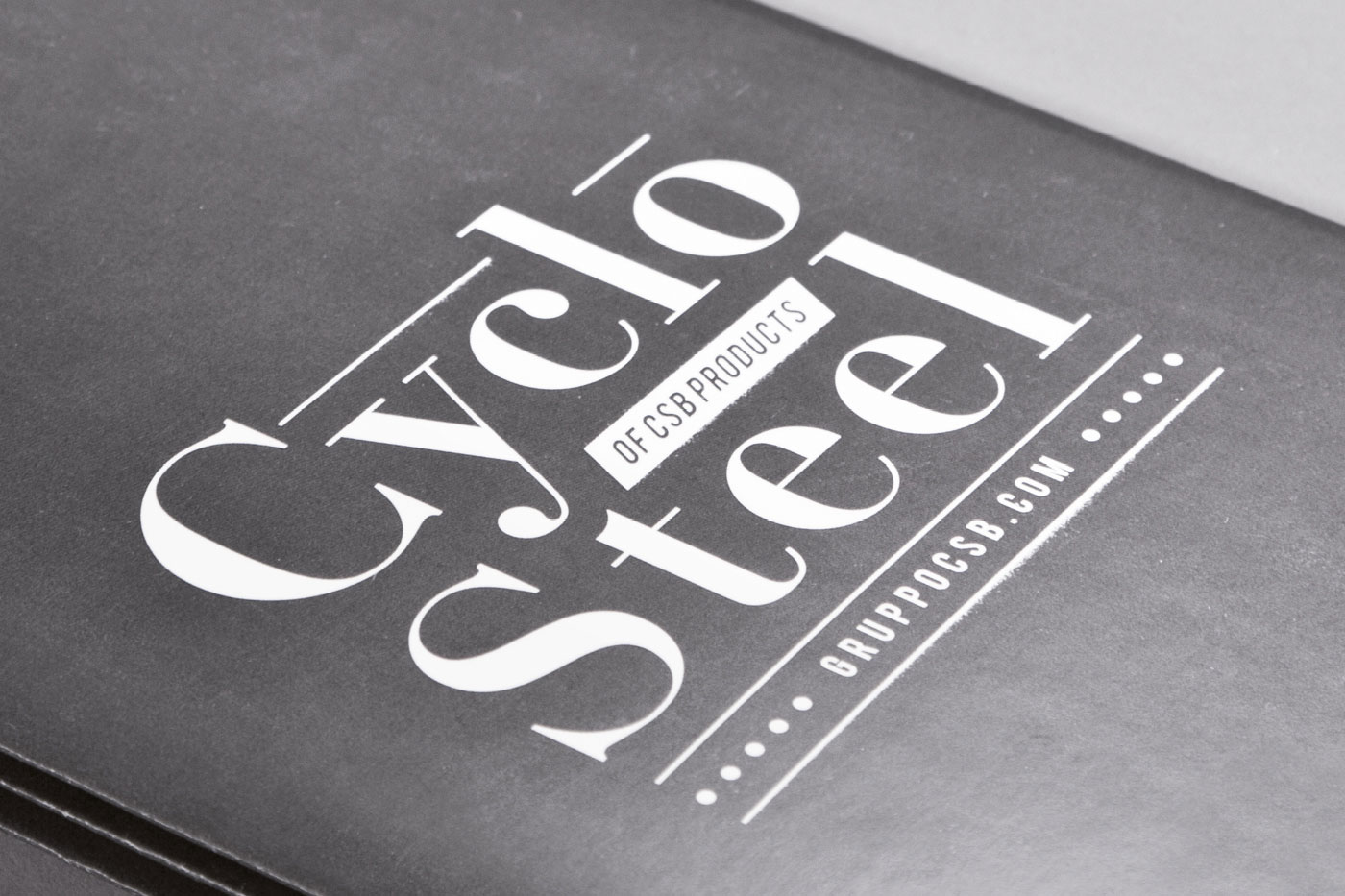 It is not a stand but an 18 meters brochure!

We thought about creating the entire stand with iron walls 😲, realized with sheets taken from the company’s products which, in addition to being space boundaries, have become supports for the narration of a story: the story of the working cycle of CSB, entitled for the occasion Cyclo Steel, rendered through digitally developed infographics and hand-decorated directly on the iron walls.

To bring the infographics back to the iron panels, we made large stencils and then painted them with opaque white acrylic spray, finally covered with a layer of transparent protective that blocked the natural aging of the iron. 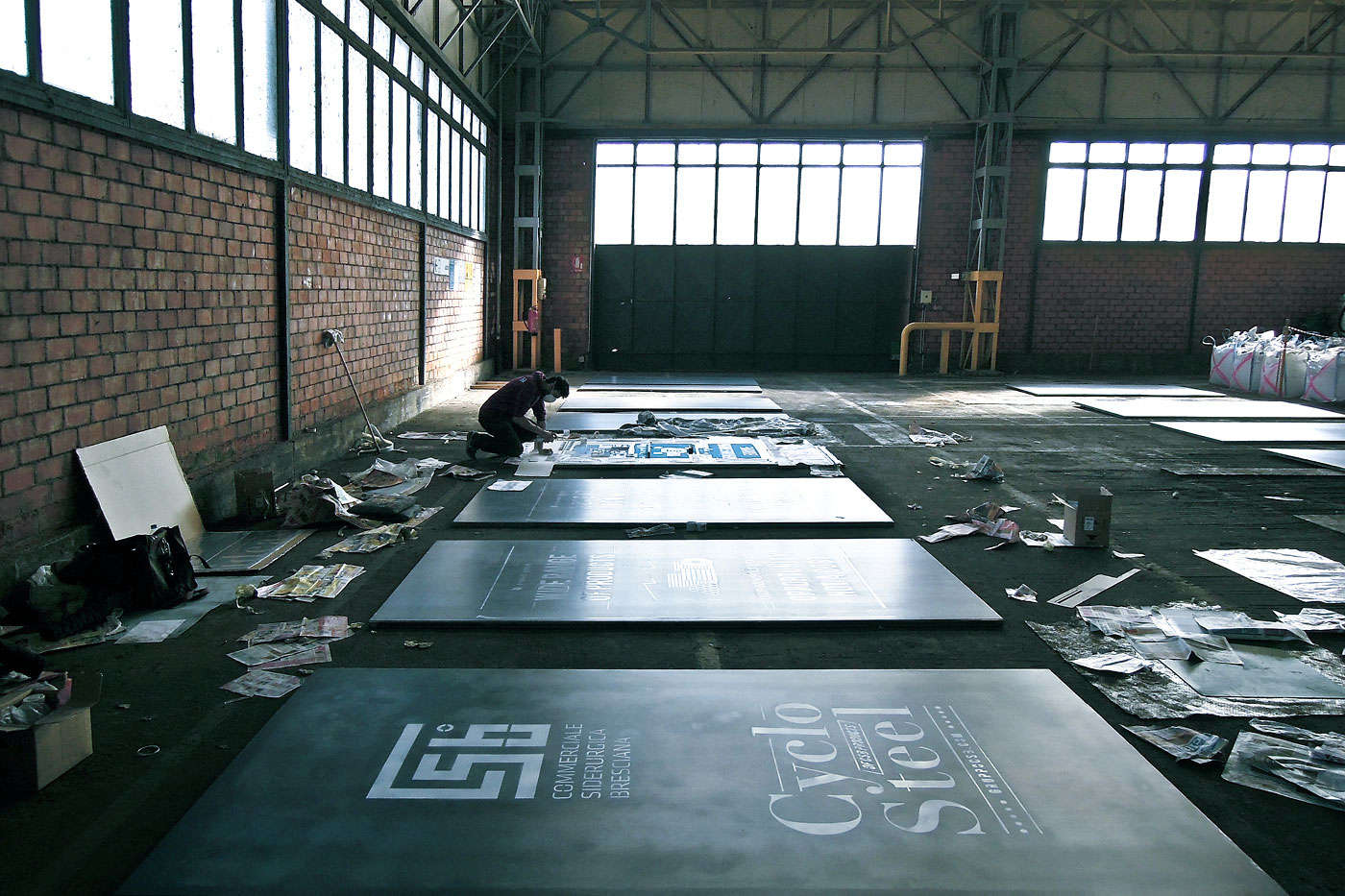 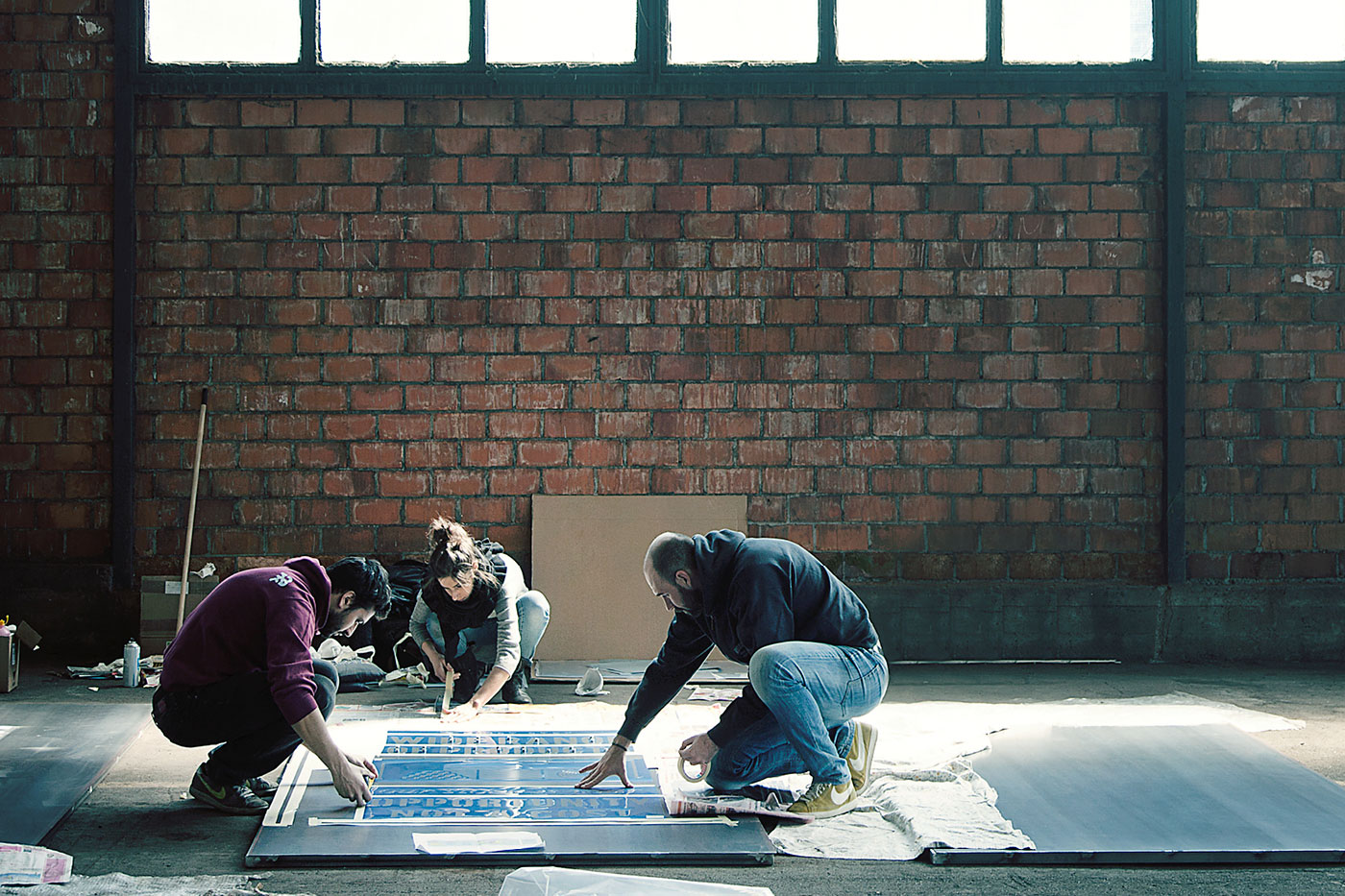 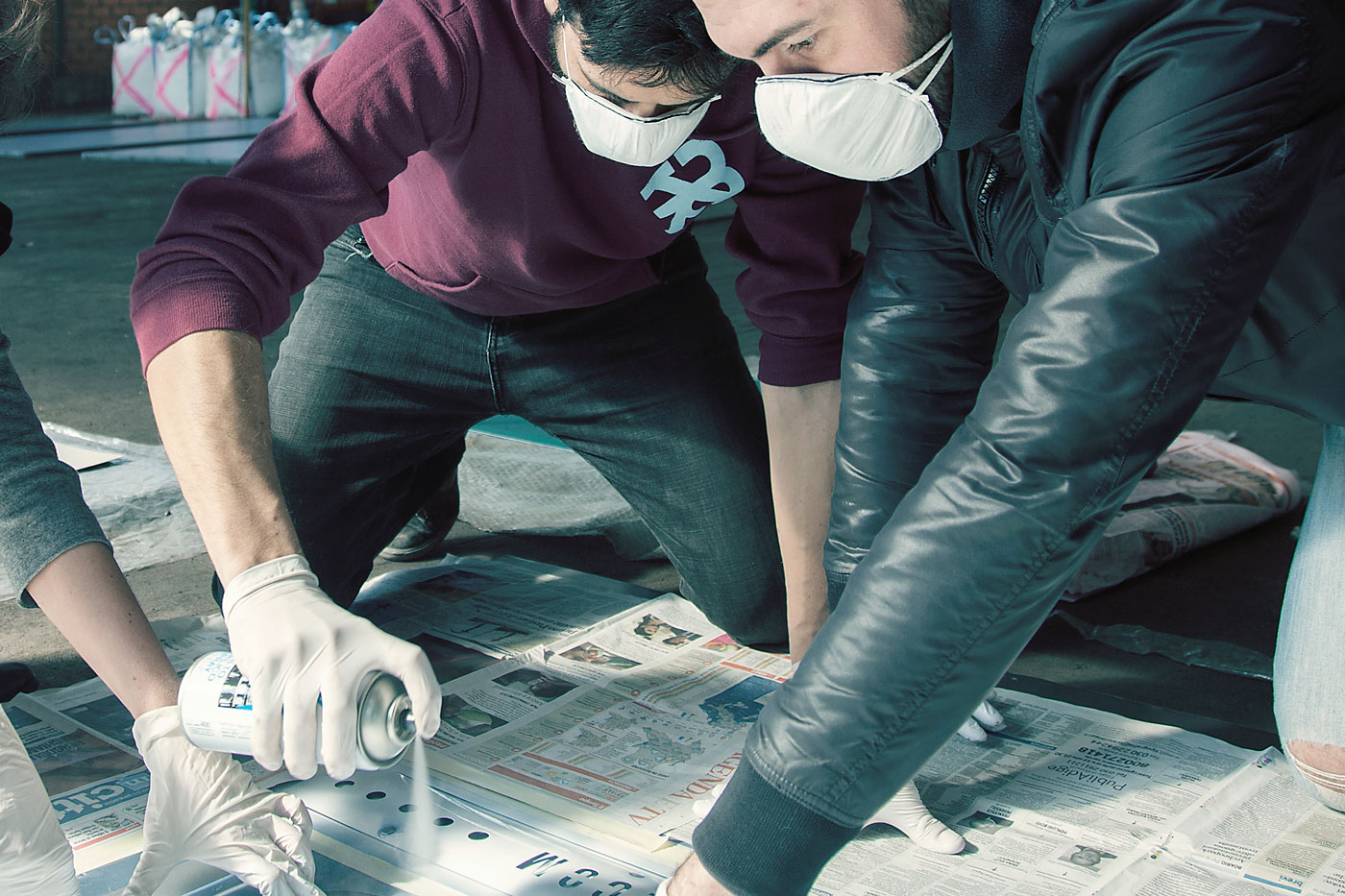 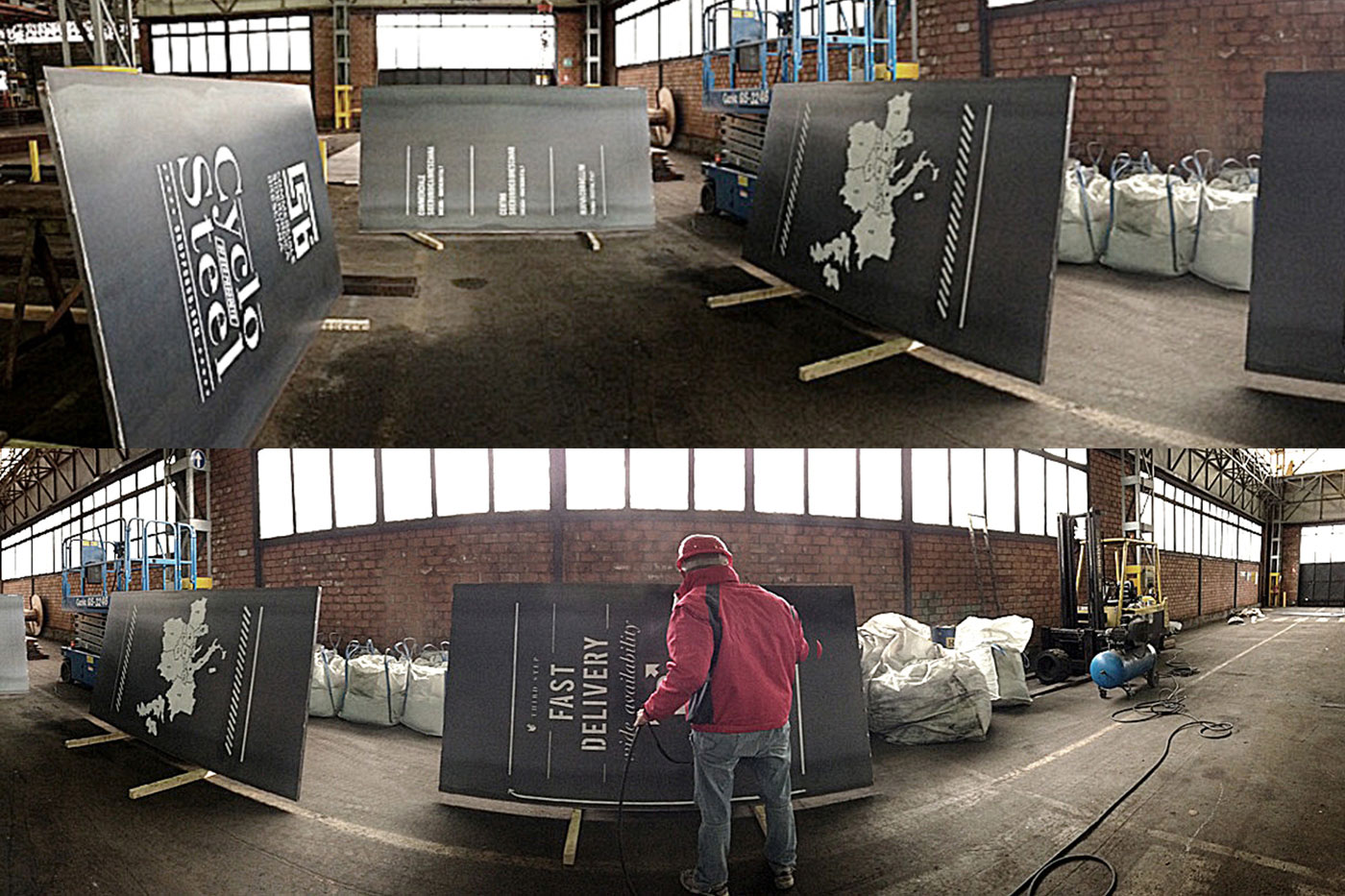 Communication of the event and fair campaign

Communication at the fair was integrated with a paper corporate brochure (21cm 📏) that followed the guidelines dictated by the graphics on the walls, as well as the gadget for visitors and, subsequently, the advertising campaign following the event. 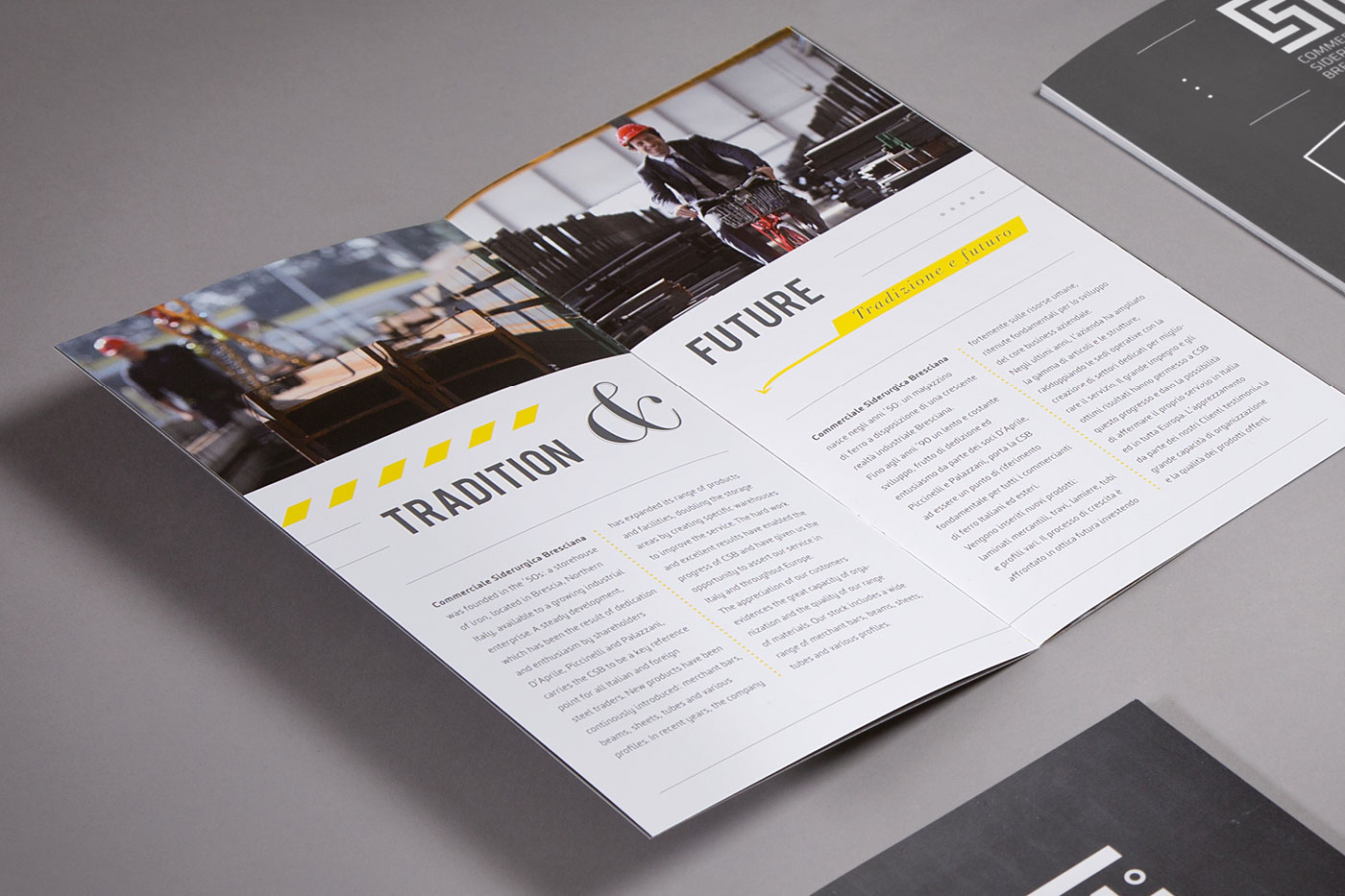 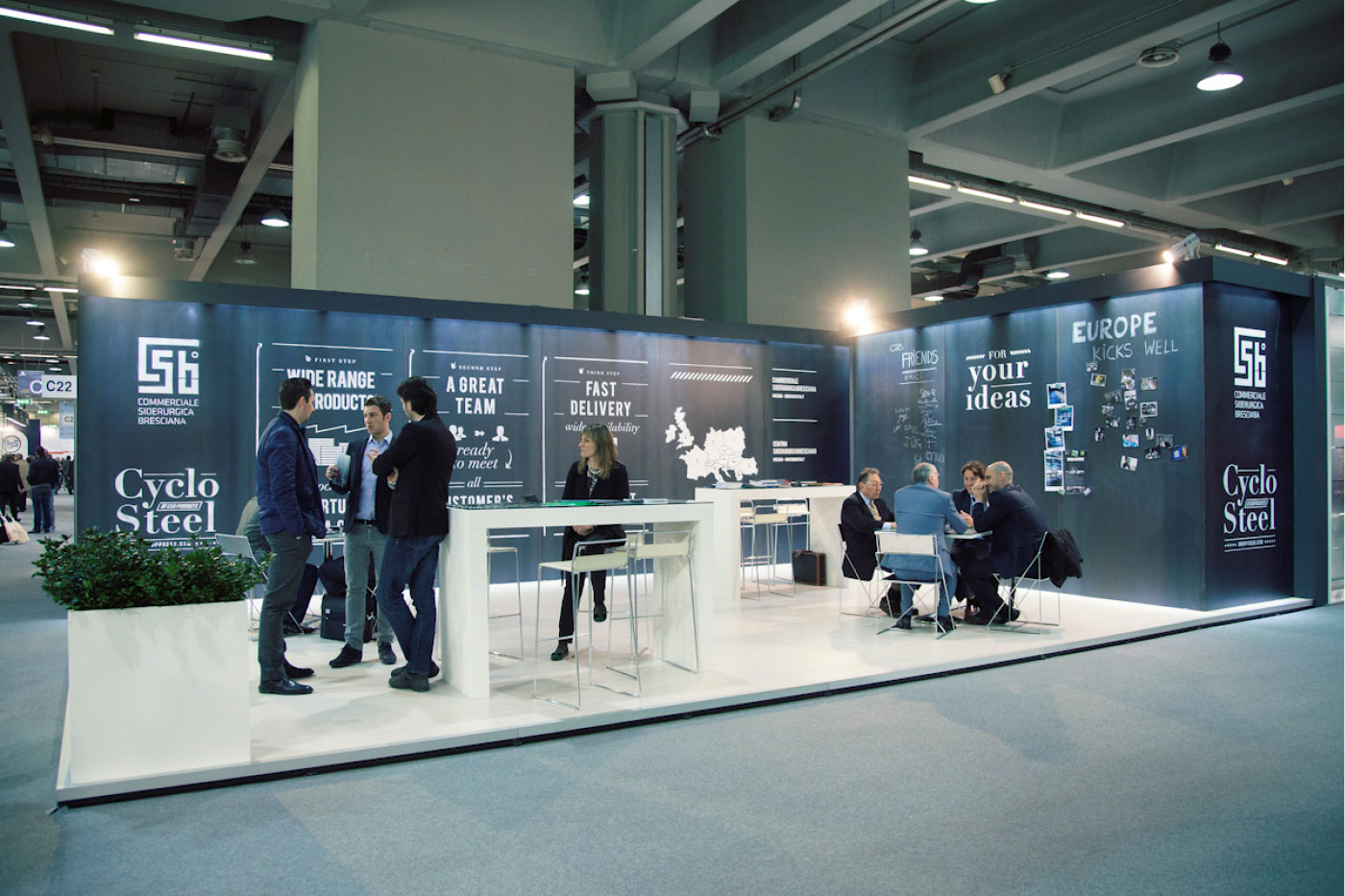 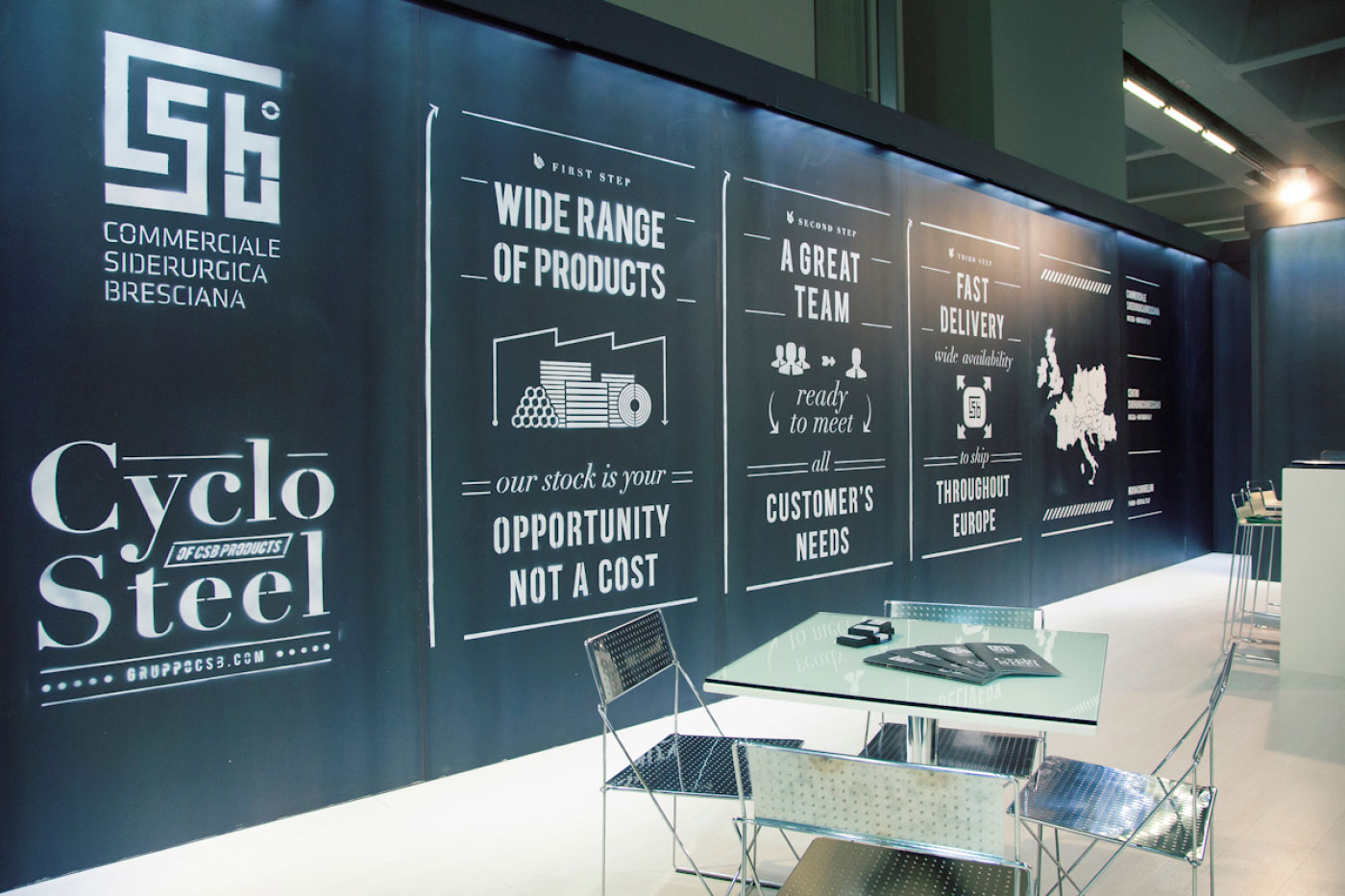 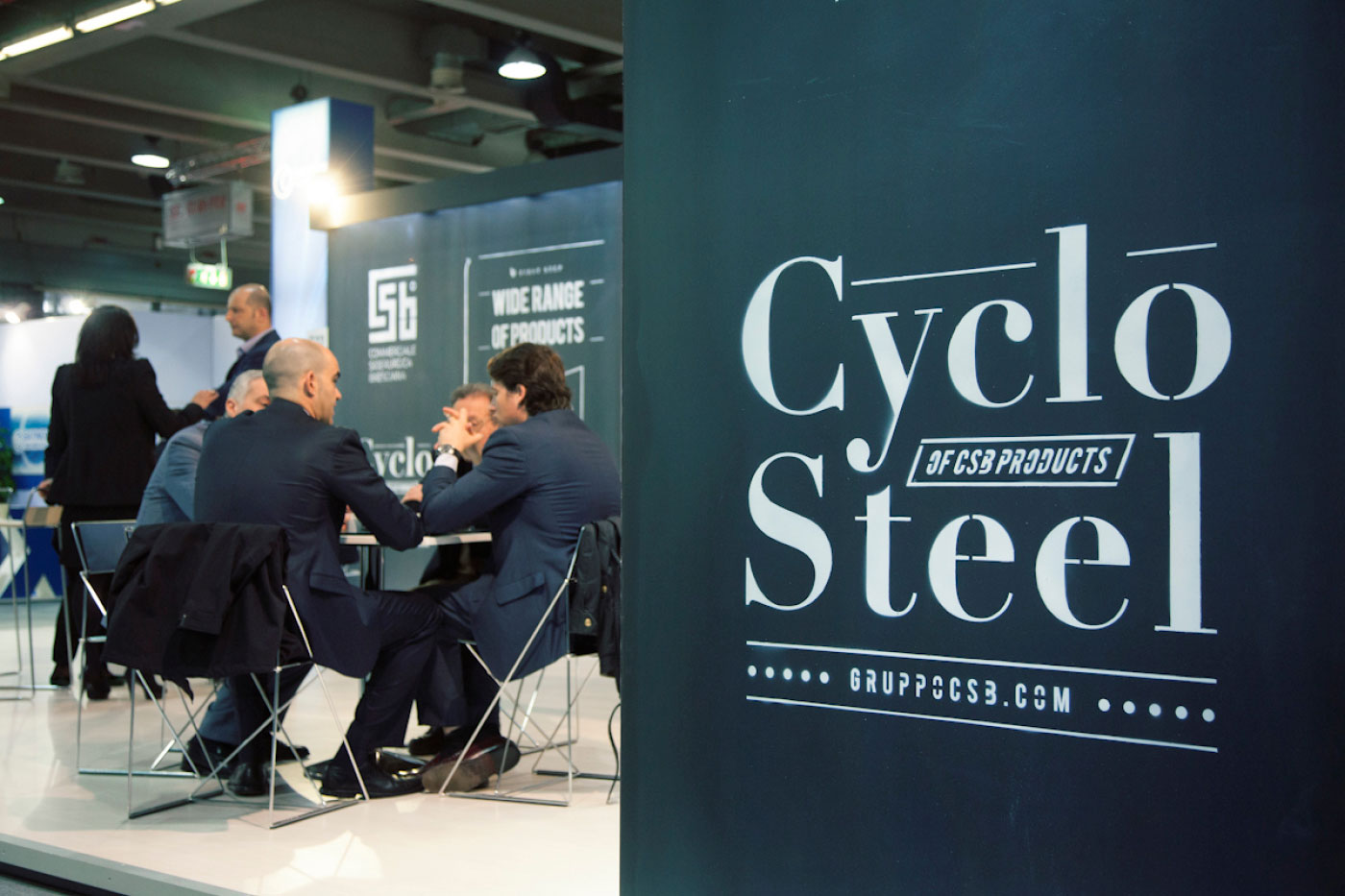 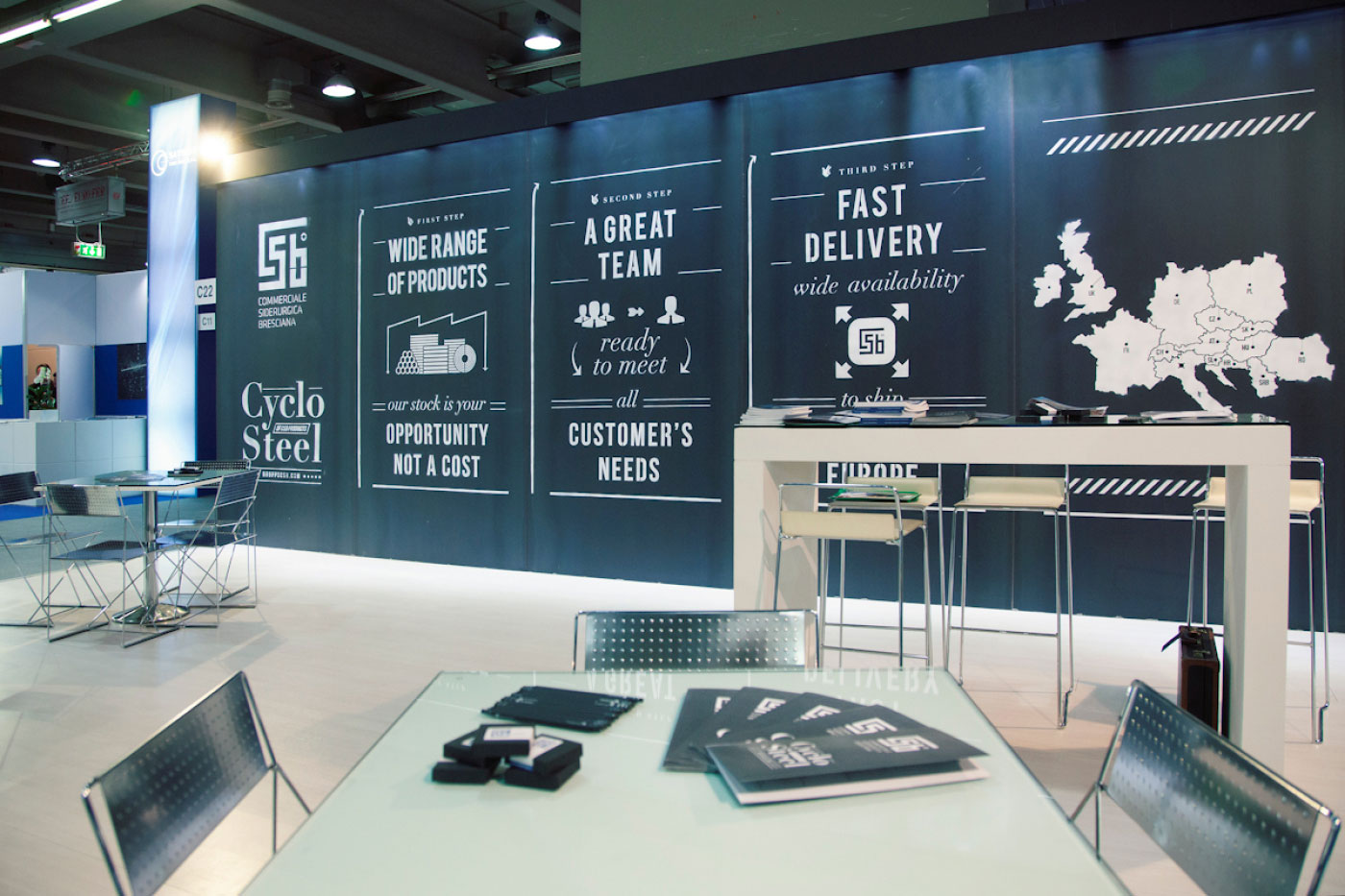 The design of the exhibition space is based on the contrast of the two colors black/white ⚪⚫. The floor and the white tables leave the role of protagonists to the walls, on which the in-fographics, in English, communicate the 3 main characteristics of CSB (stock availability, sales department ready to satisfy requests, speed in deliveries) to their target, identified in for-eign manufacturers and traders present in the rest of Europe.

One of the walls of the stand was left free of graphics and became a huge guest book – blackboard on which visitors gladly left their greeting message for CSB.

The work was greatly appreciated by CSB 👏 which has repeatedly expressed its satisfaction: just think that the decorated panels were al-so used for another fair and, after that, they were even installed outside the company head-quarters, clearly visible to all customers, suppliers and visitors! 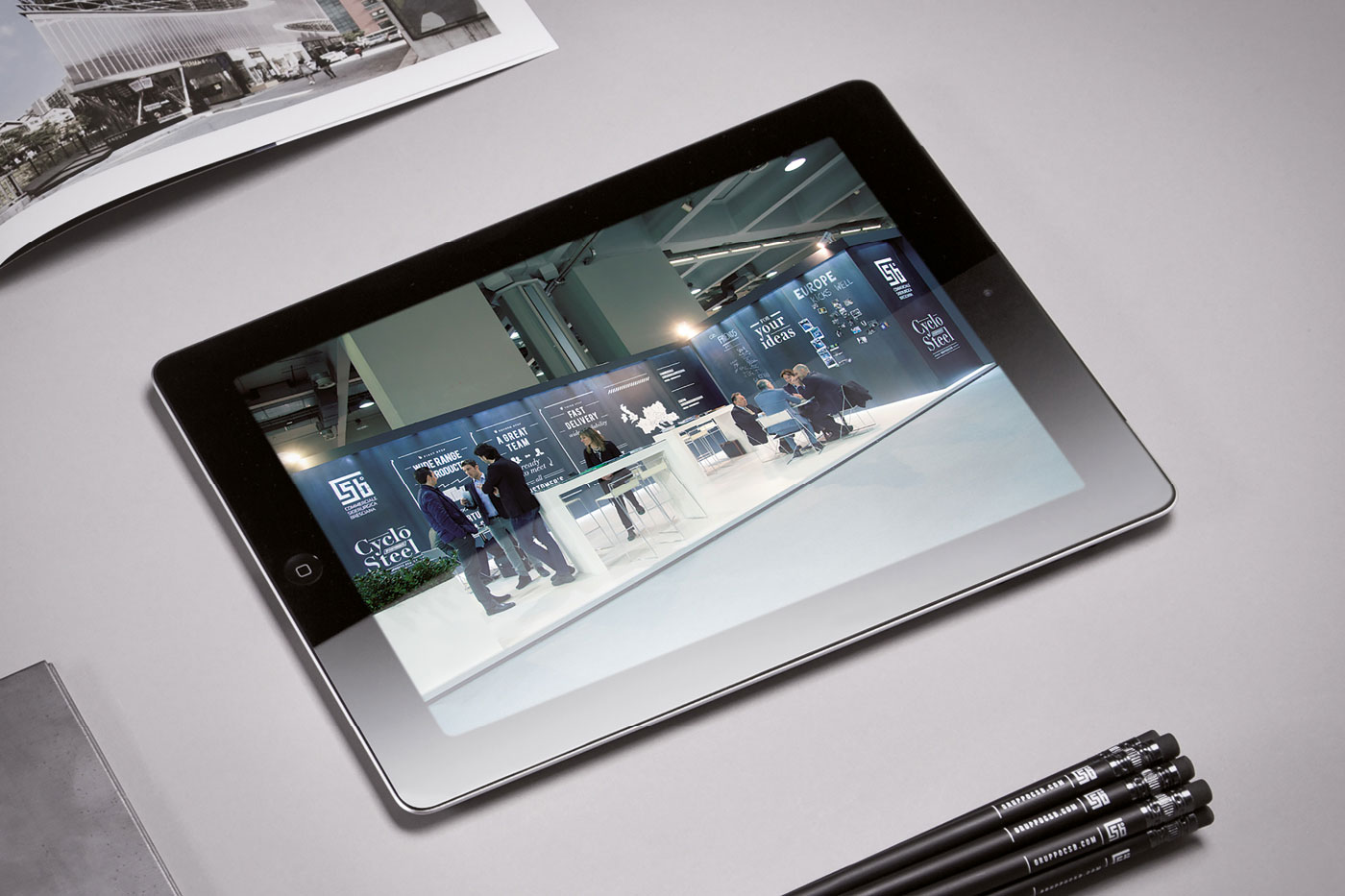