A new integrated communication project – from Naming, Branding and Corporate Identity to Interior Design consultancy – for a new restaurant business: an artisanal piadineria 🌮 on Lake Garda, in Lazise, a breathtaking location with a tourist vocation. ⛵ 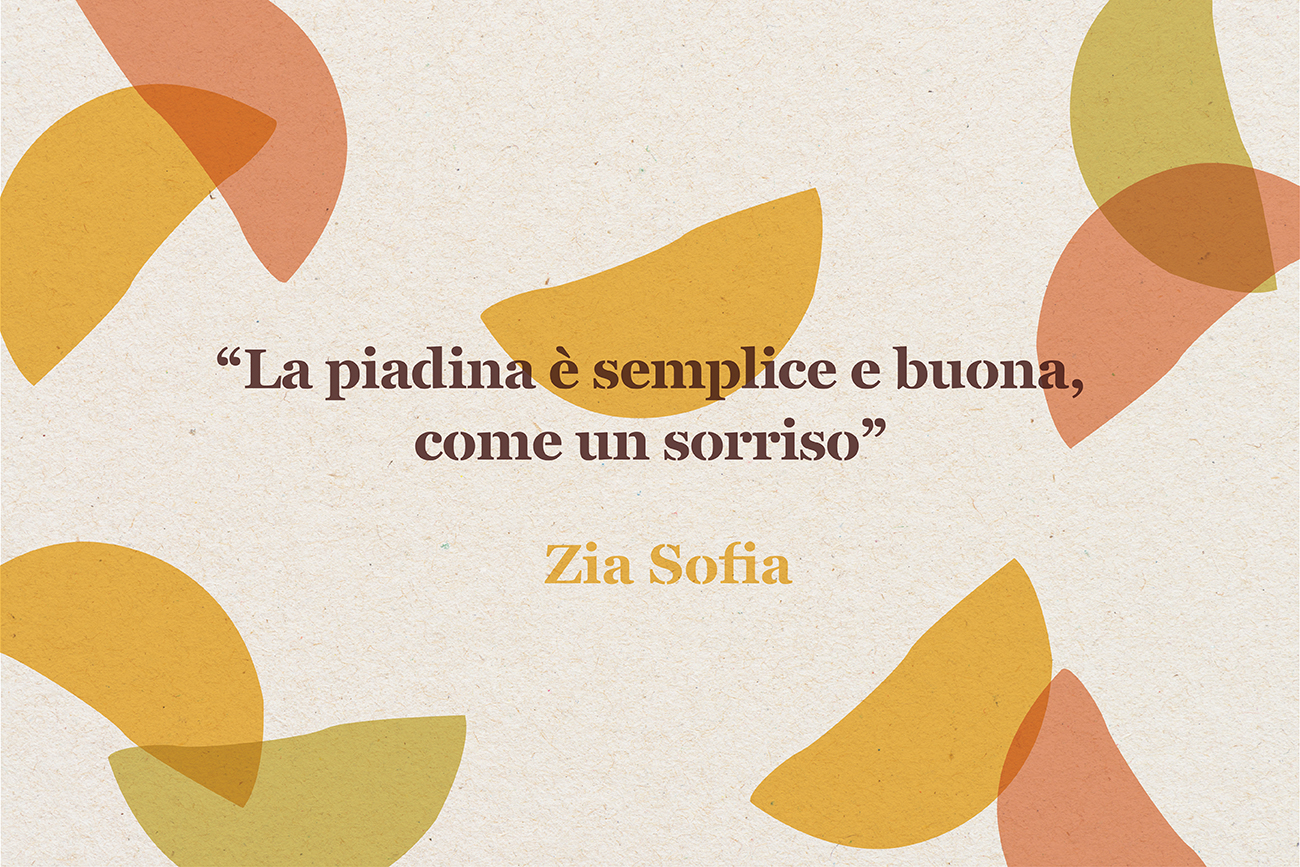 CONCEPT: to bring out the idea of a 100% Made in Italy product, of craftsmanship, of genuinity, as it is freshly cooked.

The aim is to bring foreign customers to immediately understand and recognize those strong values that can be easily associated with the beautiful country of which Piadina is increasing-ly the spokesperson.
We started from the study of naming: LA PIADINA DI ZIA SOFIA is a name made up of terms that the foreign customer is able to understand and remember easily, which communicates the values we want to transmit.

Piadina is now an international name, like Pizza 🍕, and la Zia (aunt) is a positive, fresh, familiar figure but less agèe than a grandmother. The presence of the first name creates empathy, identification and communicates the pres-ence of someone in the kitchen, to support the craftsmanship of the product. The first name, Sofia, is an iconic name in Italian culture, also known in the rest of the world. 🌎 🌍 🌏 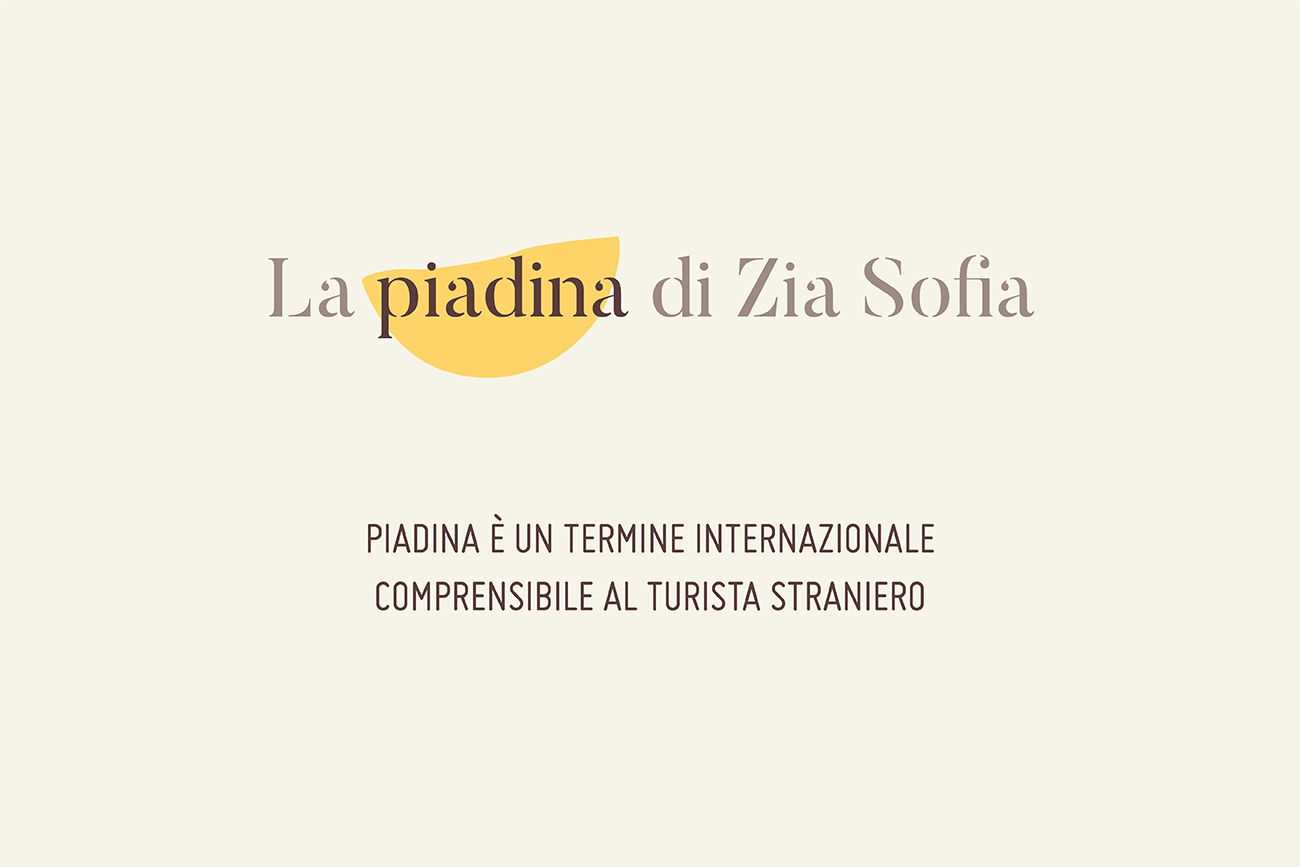 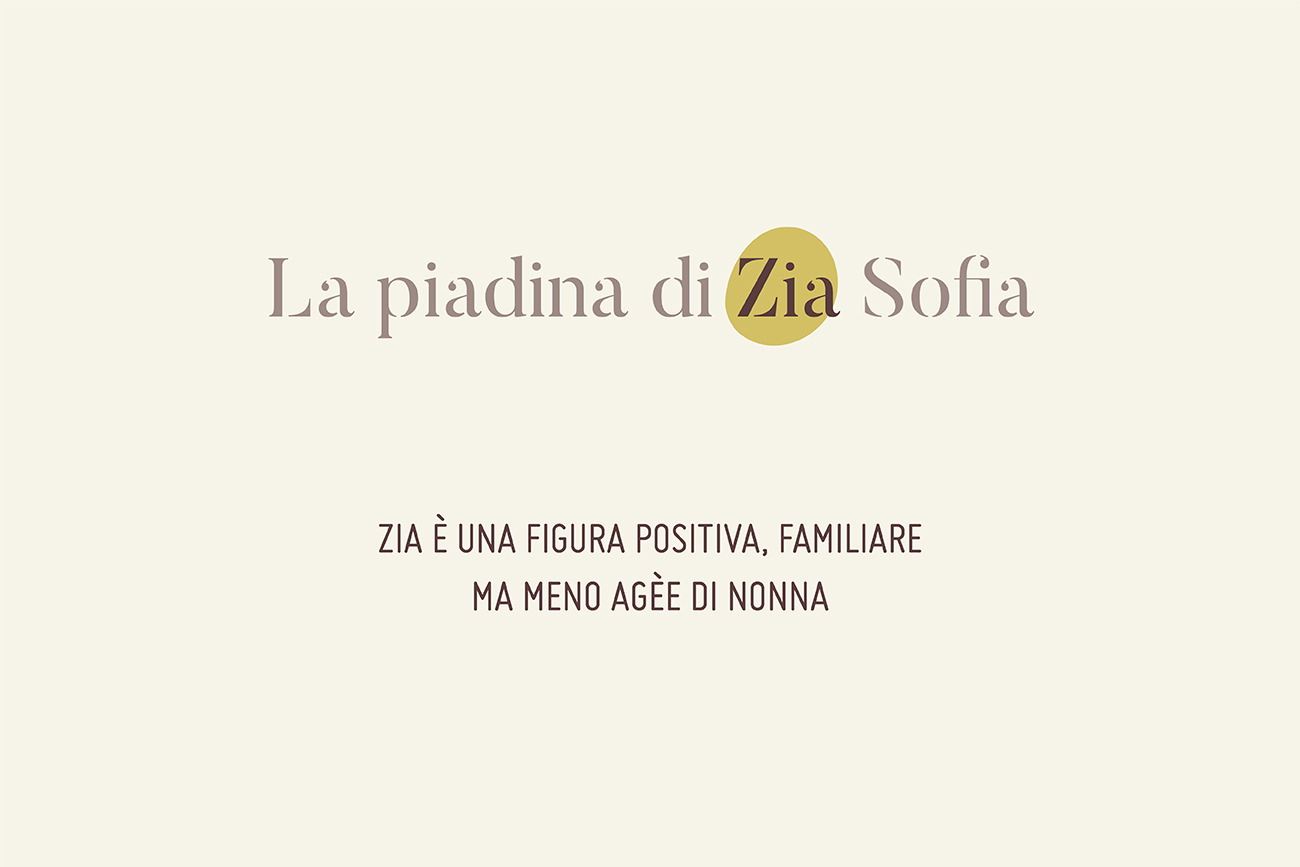 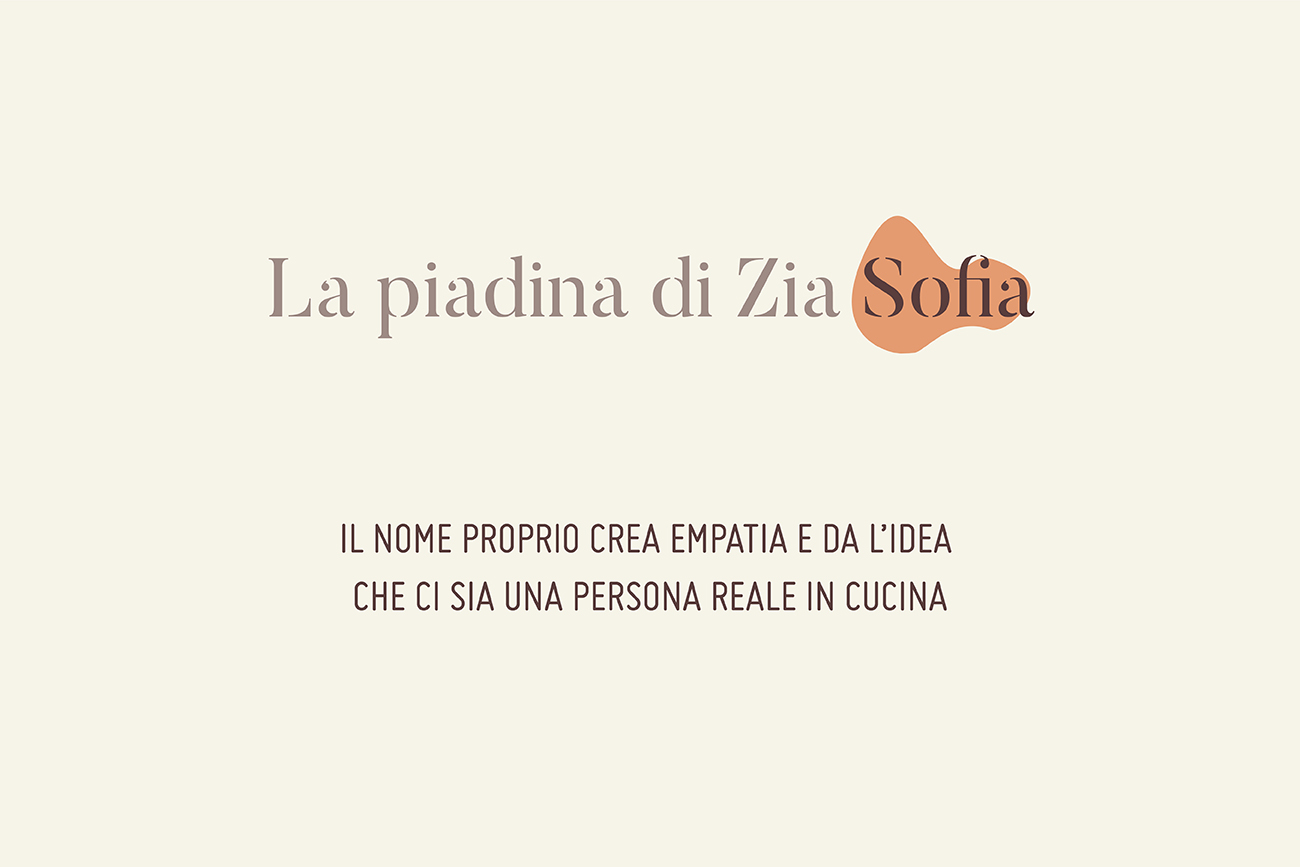 Starting from the name Sofia we created the symbol by combining two of the main elements of the project: the piadina and the human figure. For the visual element, we started from the idea of inserting a female image to reinforce the choice of naming and suggest that there was actually a woman in the kitchen. As a reference we chose the most iconic diva of Italian cinema 🎬, through which we then defined the design of the hair and the polka dot headband with reference to the 50s. 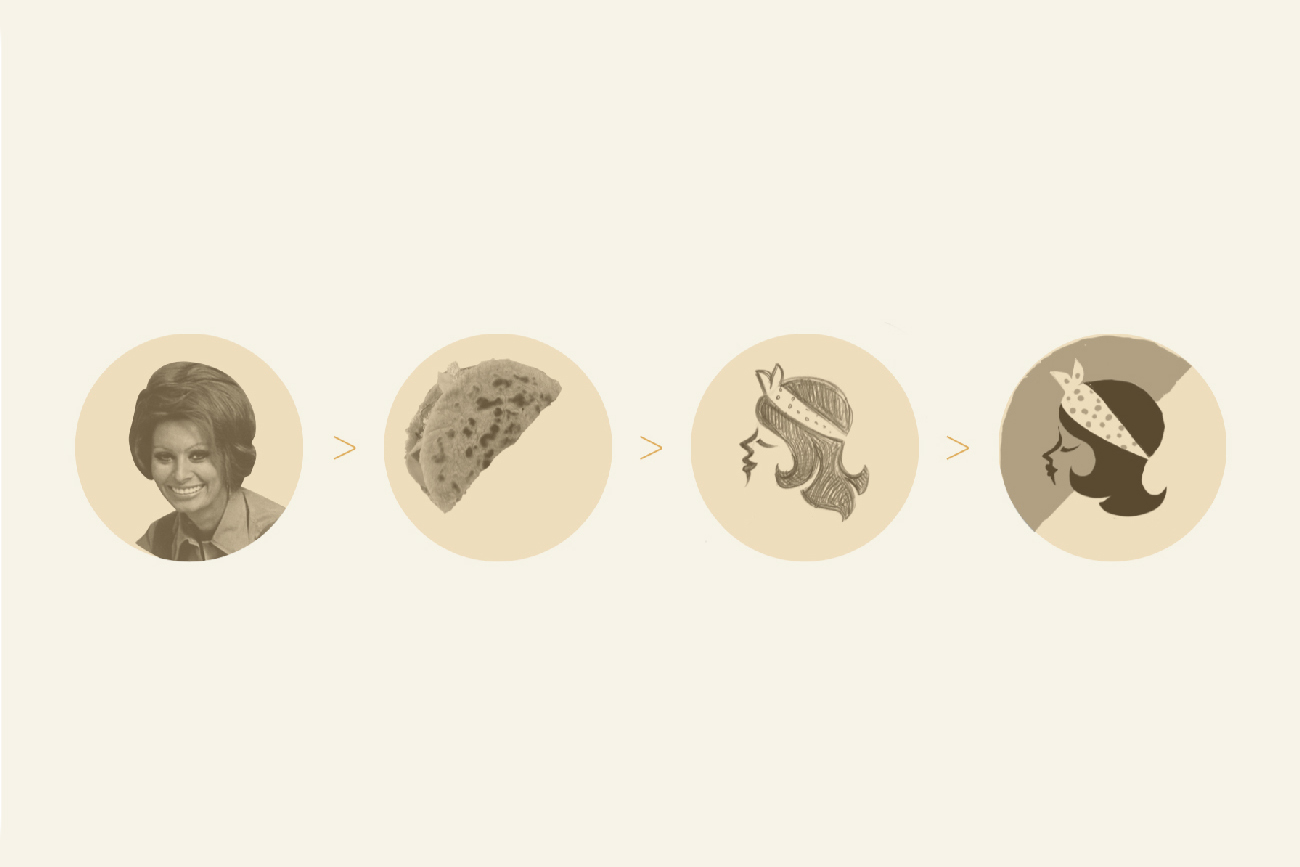 There was subsequently an accurate study for the definition of Sofia’s facial features that had to give the idea of a woman not too young but not too old, Mediterranean. We have come to define sharp features which, together with the other elements of the brand, re-ferred to the correct imagery. 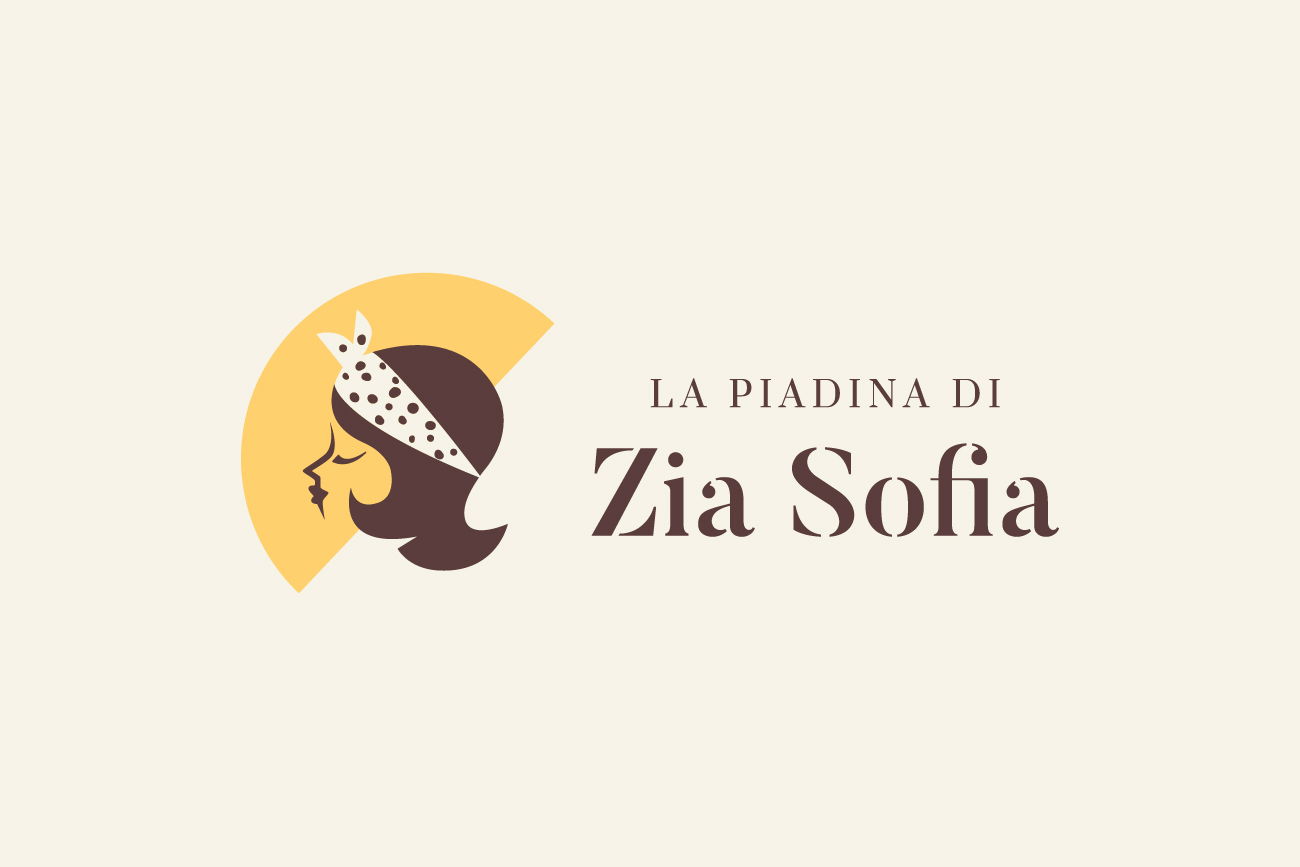 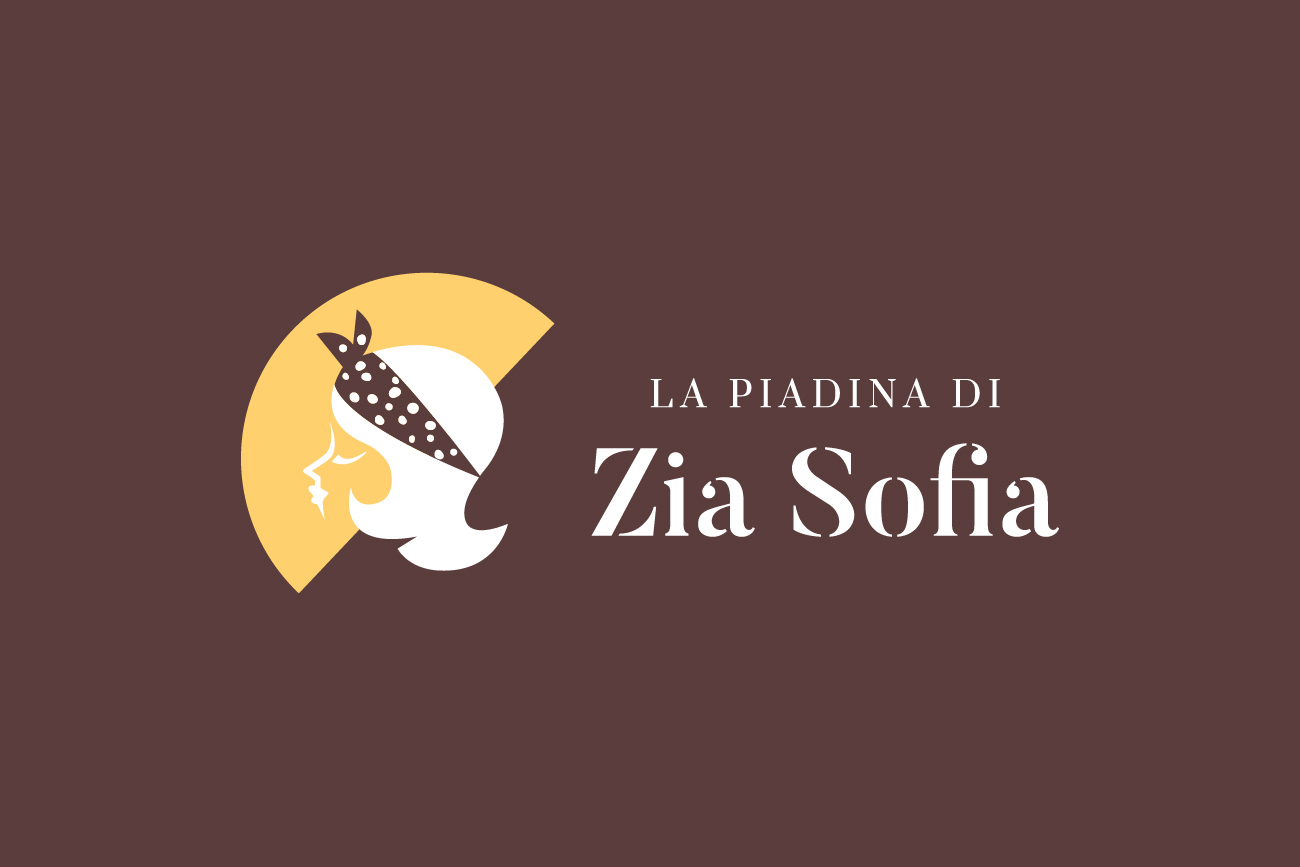 In the logo, the classic crescent shape 🌙 of a piadina appears in the background together with the polka dots on the band, becomes a key element of the entire brand identity and interior design.

A careful research was also carried out with regard to typography, with the Zia Sofia font, which is defined as a serif stencil, referring to something material, vaguely vintage like the one of ancient signs.💈 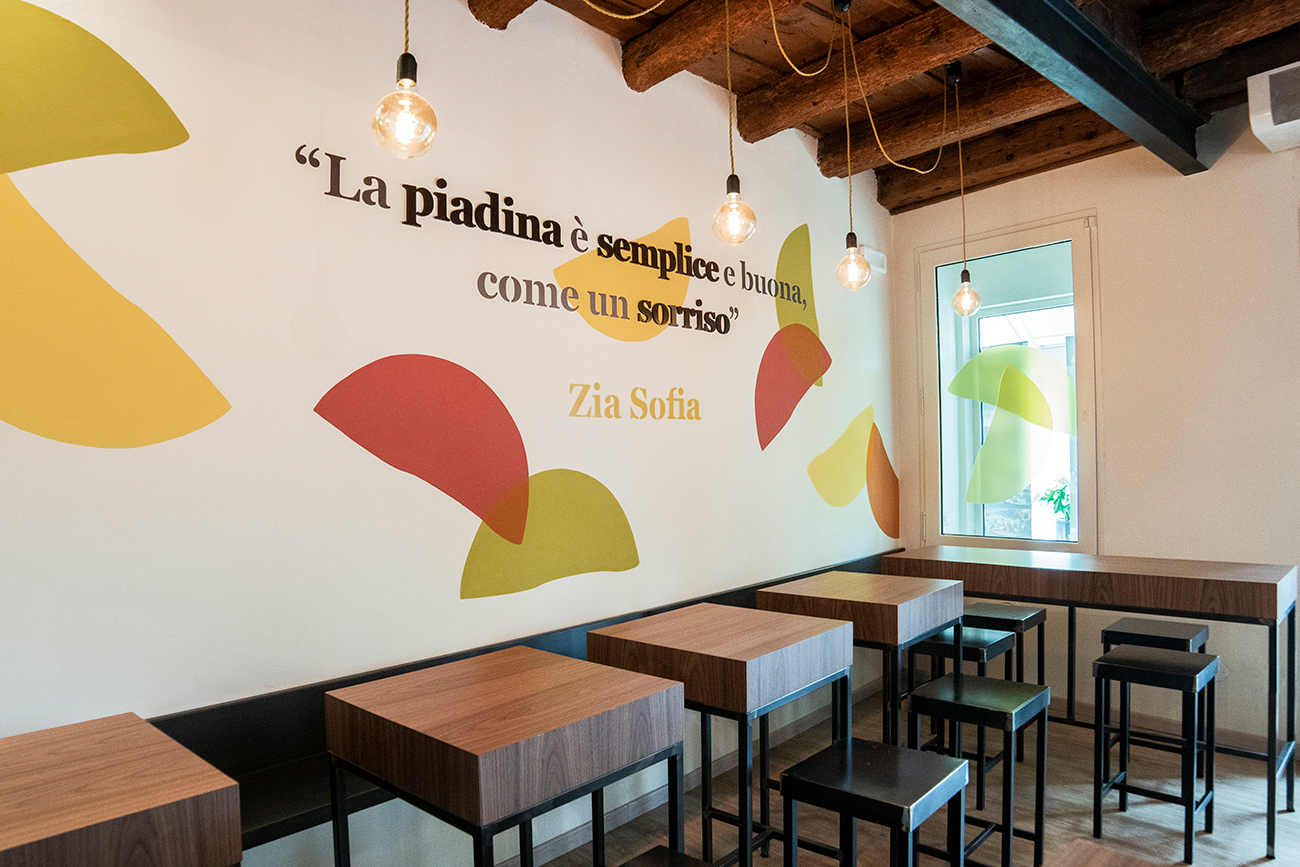 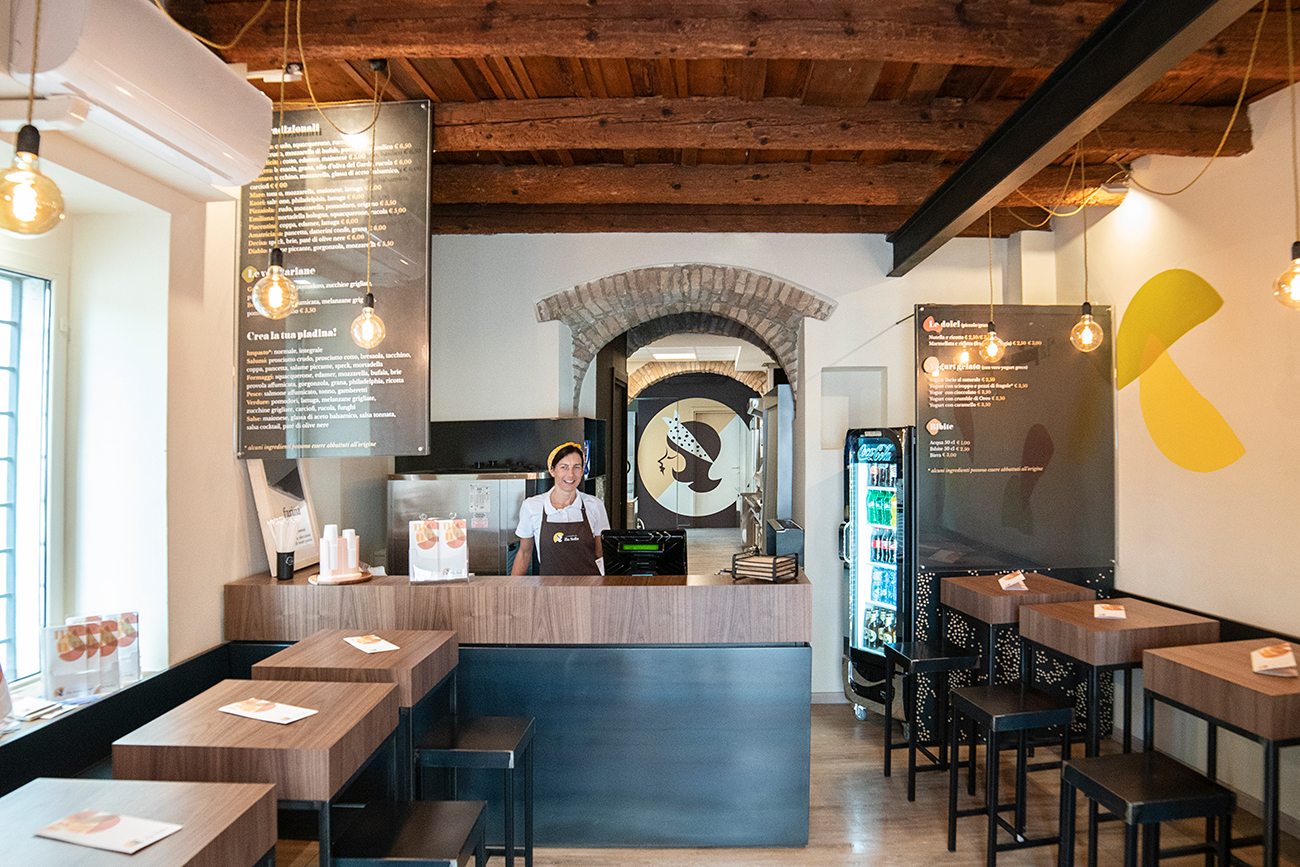 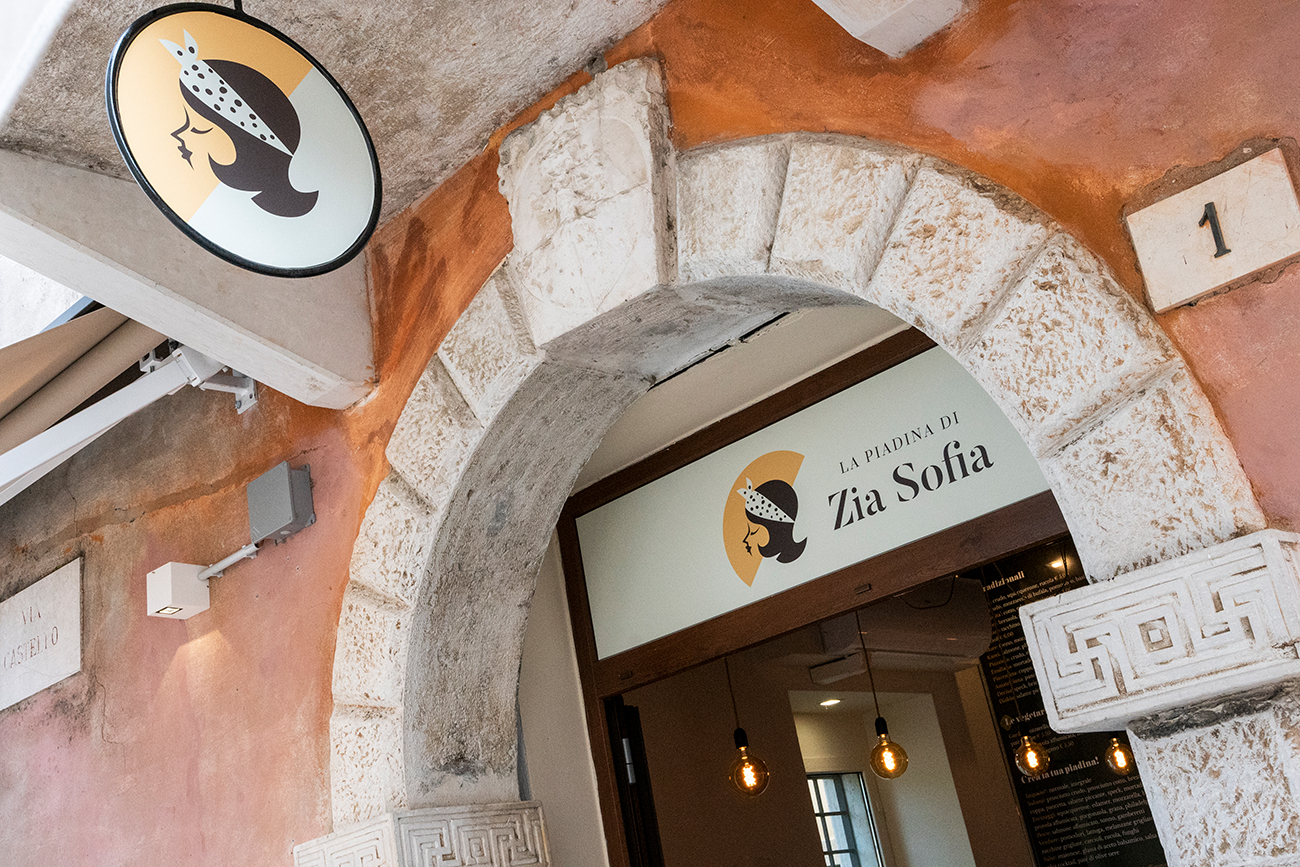 The illustration of Zia Sofia serves as a reference for the subsequent extension of the branding, such as the layout of the room and the decorative patterns on walls and menus.

We enhanced the side wall with colorful silhouettes and a quote signed by Zia Sofia: the keywords were highlighted with three-dimensional forex letters while the rest of the sen-tence was painted.

The display is also very original, with two overlapping colored plexiglass shapes which recall the pattern already present inside the restaurant and in the menus.

The wall menu is applied on two iron flats. We decided not to cover the material chosen by the architects 👨🏻‍💼 but to overlay a transparent plexiglass with the pre-spaced adhesive menu to show the ma-terial effect of the iron in the background. 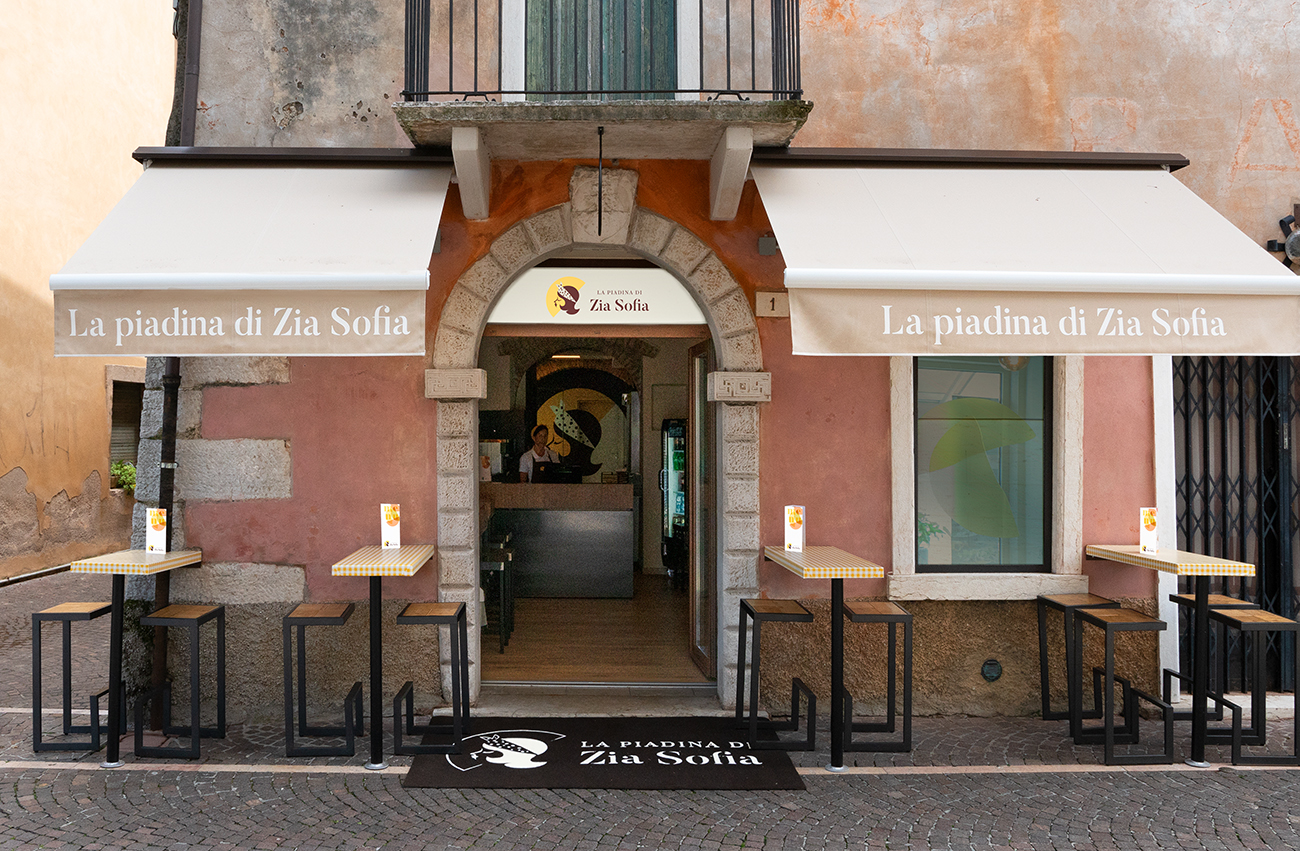 The basis of the architects’ project is minimal and intimate, with elements in iron and natural wood. This has favored the inclusion of our communication, with very colorful elements and contrasting materials that stand out in a strong way.

Through the arches, a wall-tattoo with the symbol of Zia Sofia can be seen at the bottom, which acts as a backdrop to the whole shop and captures the attention. 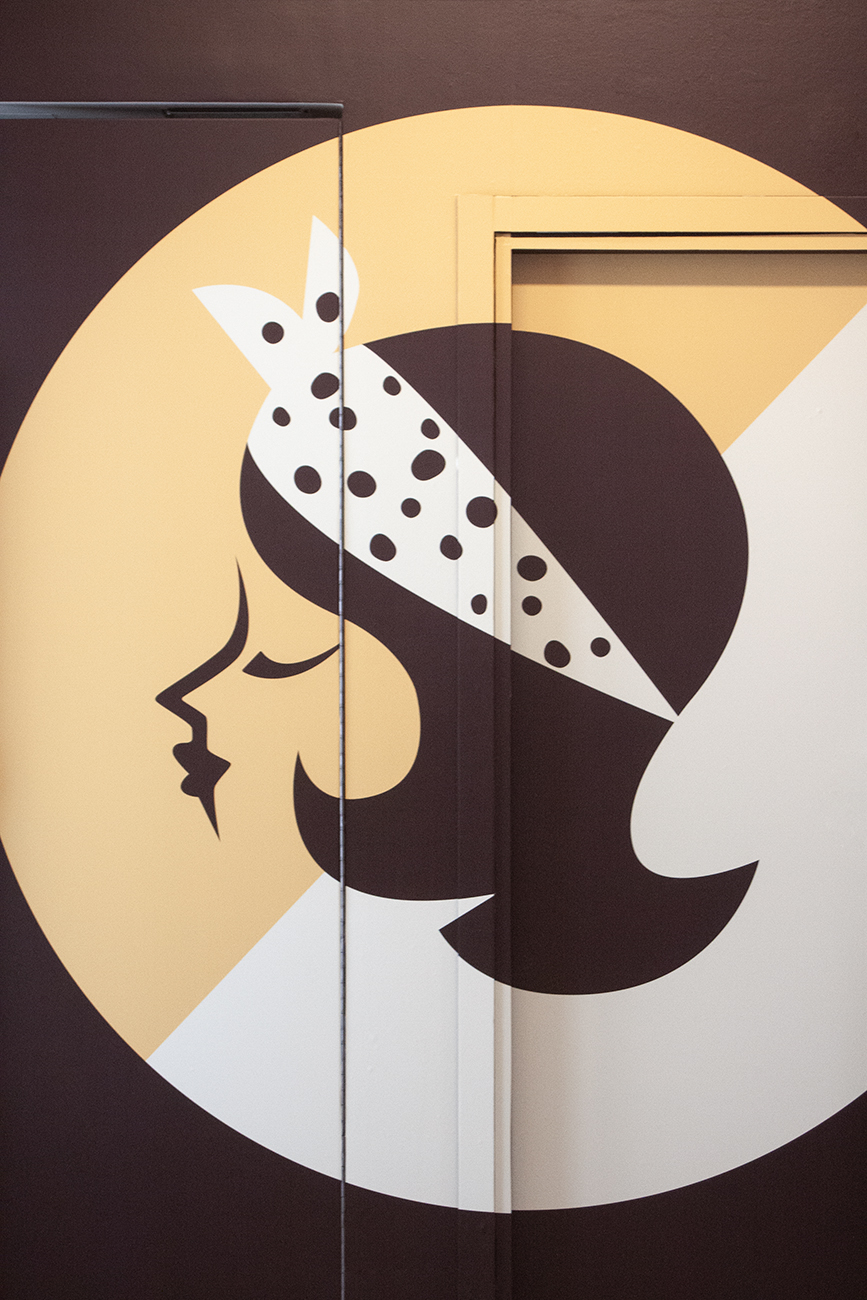 For the paper menus the choice was that of a binding with a wooden band and buried copper-colored screws. Im-pressive, elegant and very functional in case of future updates. 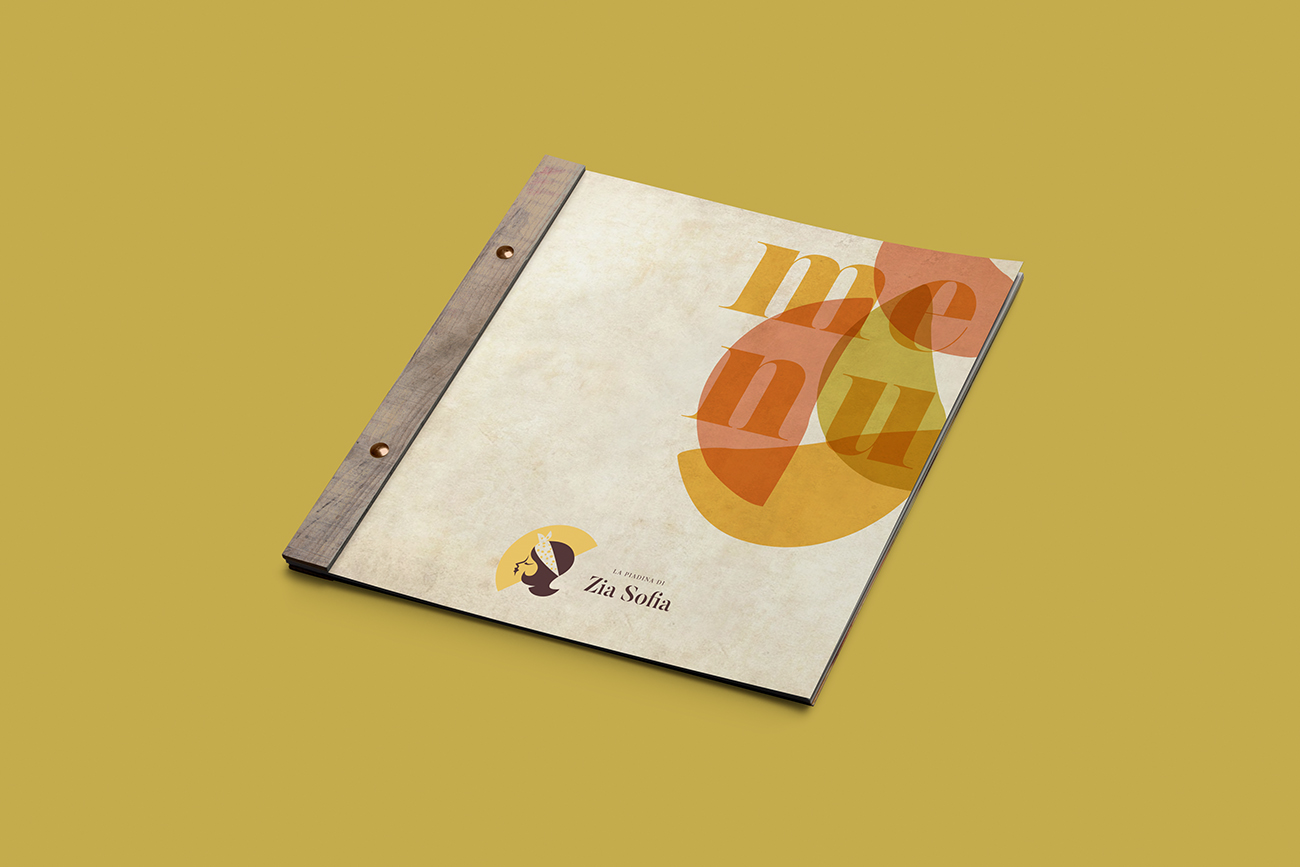 A complete, creative, stimulating and successful project. Our proposal immediately struck our customer who, after the inauguration of the Piadineria, confirmed the excellent work done by bringing back the consent of customers and the excellent feedback from tourists and residents of Lazise and surroundings. 👏🏼 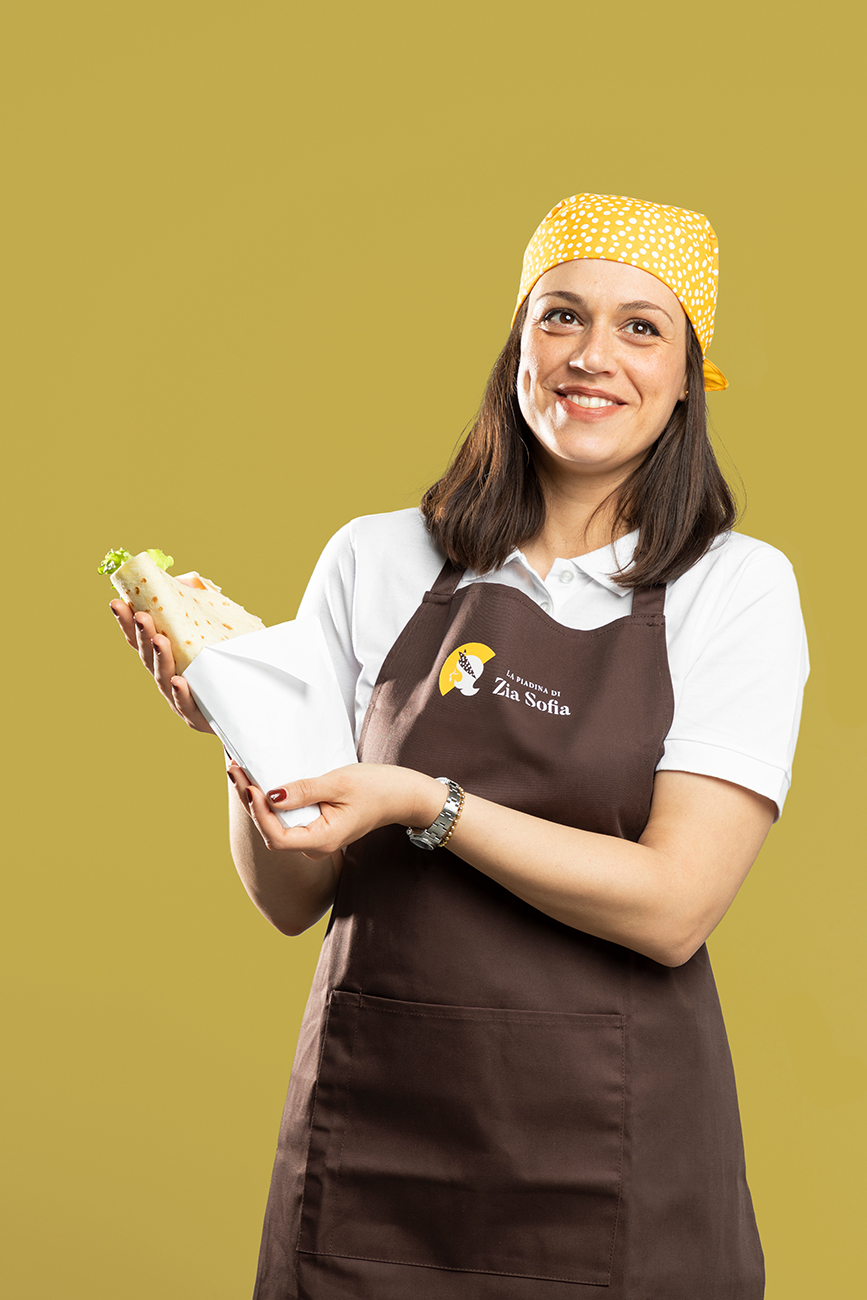